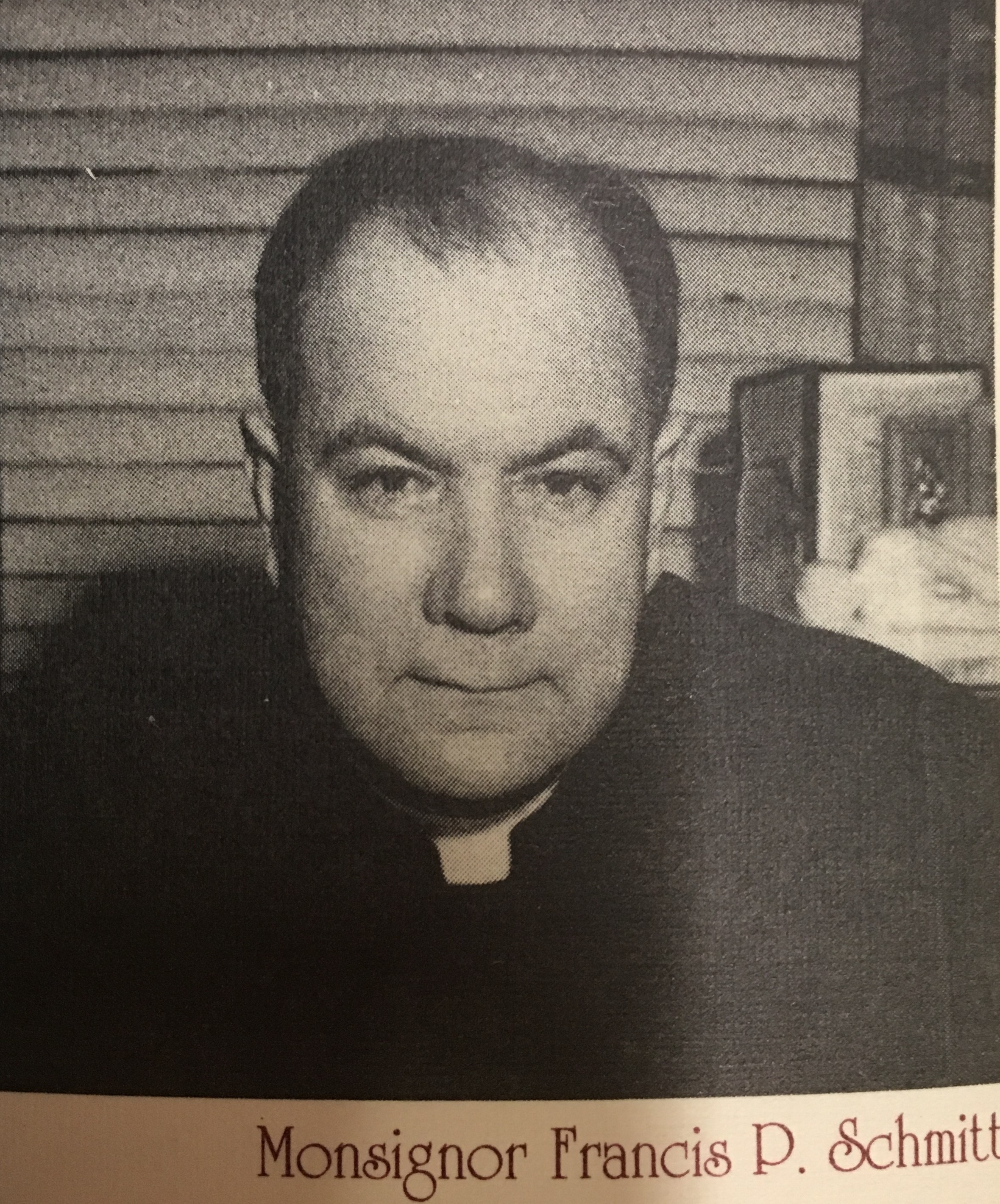 Dedication of the Collection 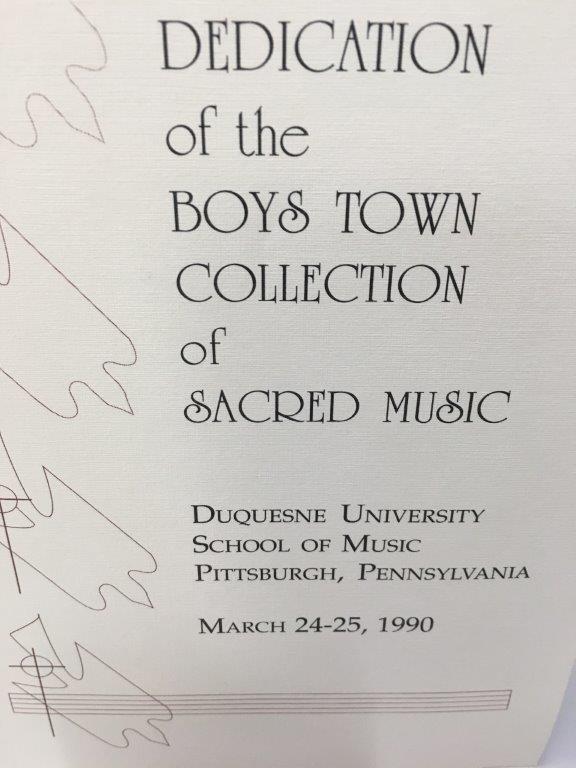 The history of the Boys Town Collection of Sacred Music began in 1941 with the arrival of Rev. Francis P. Schmitt to Boys Town. After his training in theology and music, his first appointment was serving as a curate to Father Flanagan, founder of the Boys’ Home in Boys Town, Nebraska. Fr. Schmitt held this appointment for 36 years. He also taught courses in Gregorian chant at Duquesne in 1981 and 1982, and a course on liturgy called “Formative Aspects of Worship” in 1982.

Dr. Ann Labounsky, Professor of Organ and Sacred Music, at the Mary Pappert School of Music was instrumental in placing the Boys Town Collection at Duquesne University. She participated in the Boys Town Summer Workshops where, in 1965, she was assistant to world renowned organist, Jean Langlais. Through the combined efforts of many individuals at the University including Dr. Paul Pugliese, University Librarian, the collection was gifted to the Gumberg Library in early 1990. The personal and unique items remain as part of the University Archives. Those texts, scores and AV materials (such as LP records) that were received as part of the collection but not considered archival were integrated into the library’s music collection located on the 5th floor of the Gumberg Library. 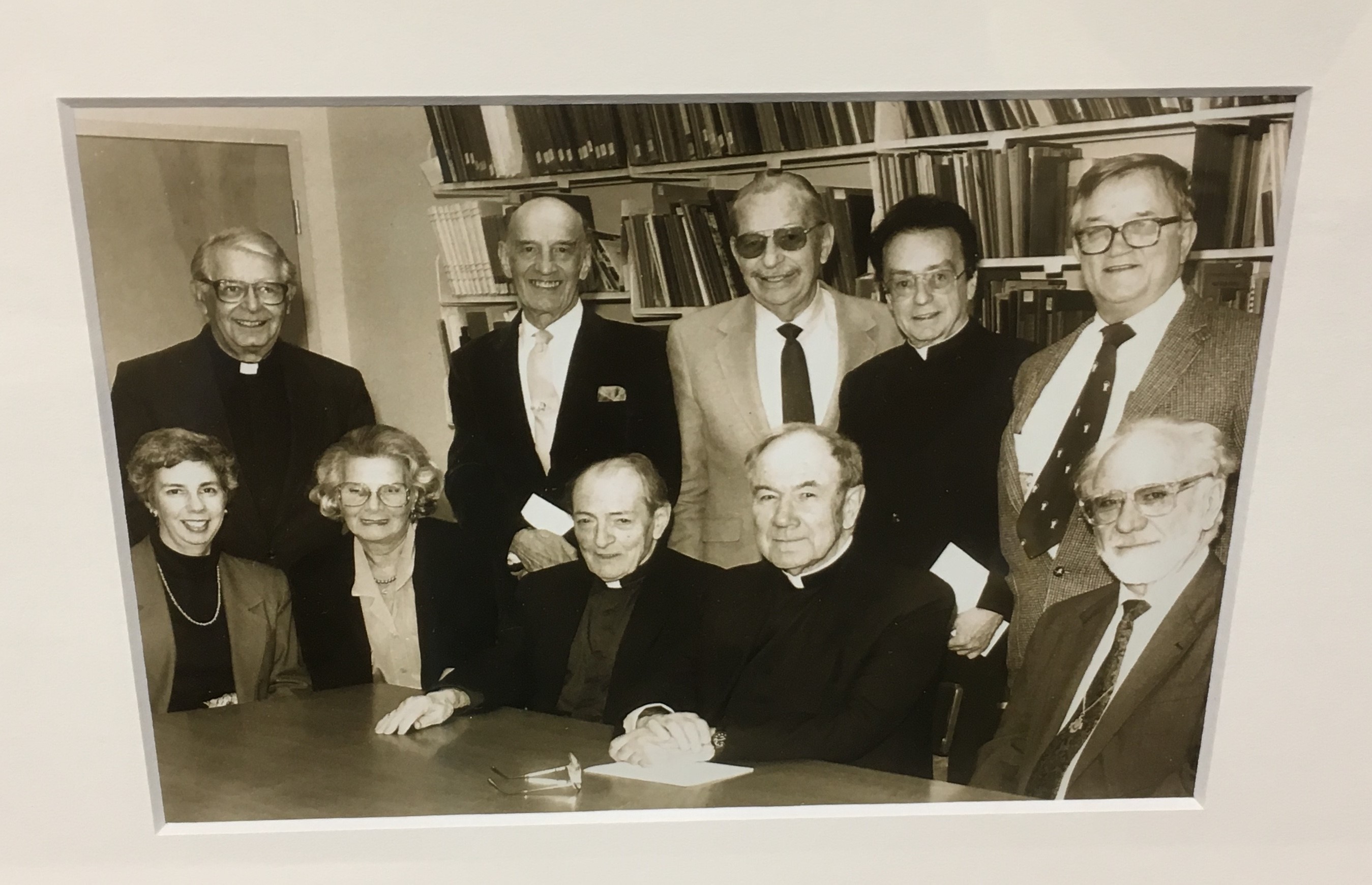 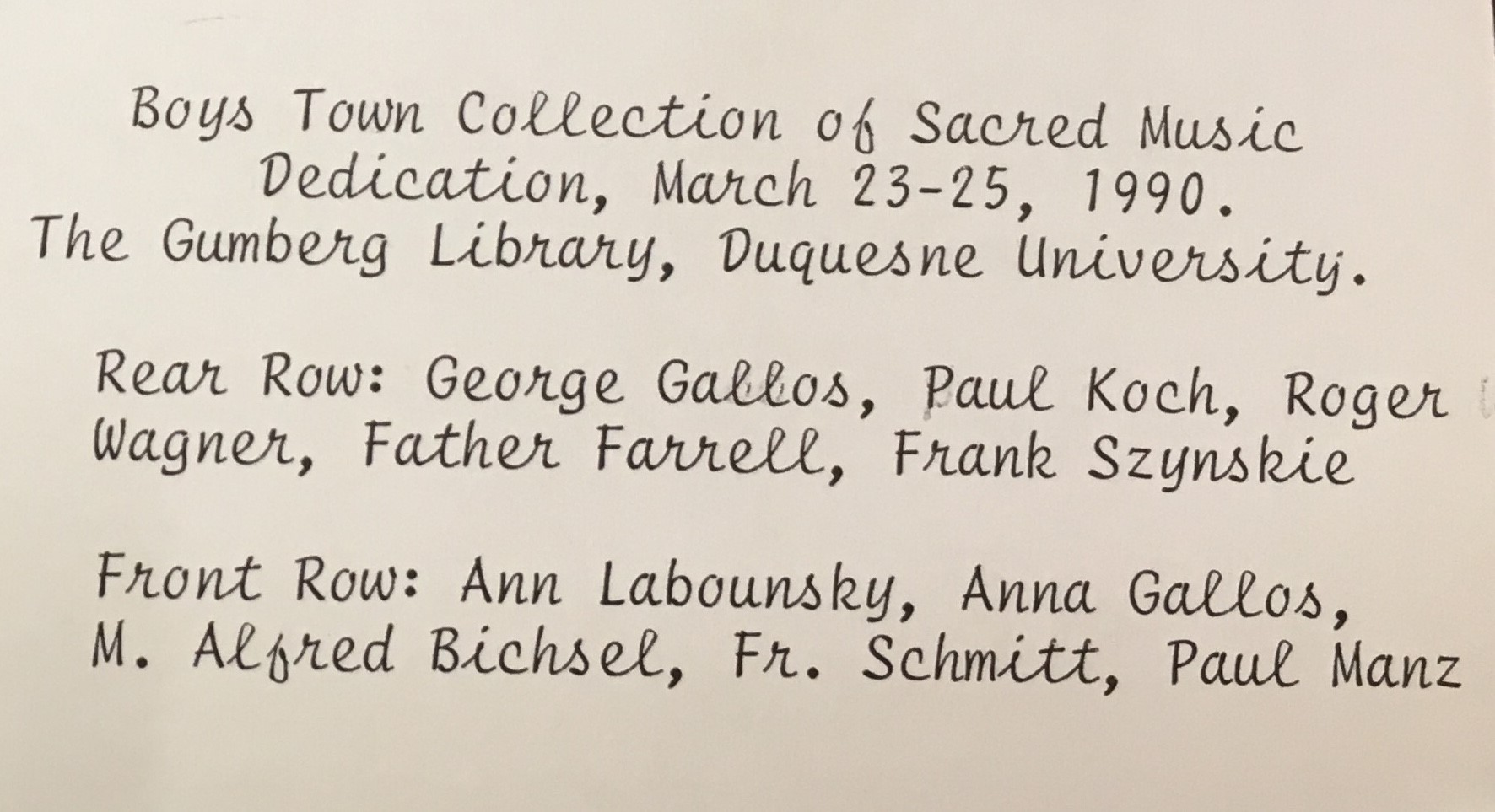 These texts are part of the Boys Town Collection and are housed in Archives Storage next to the collection boxes. One of the texts was written by Fr. Francis Schmitt and the other two texts were given to him as gifts by friends.

The Story of the Other Wise Man, by Henry Van Dyke

A compilation video of the 1995 Boys Town Alumni Convention with the Boys Town Nebraska Alumni Choir.