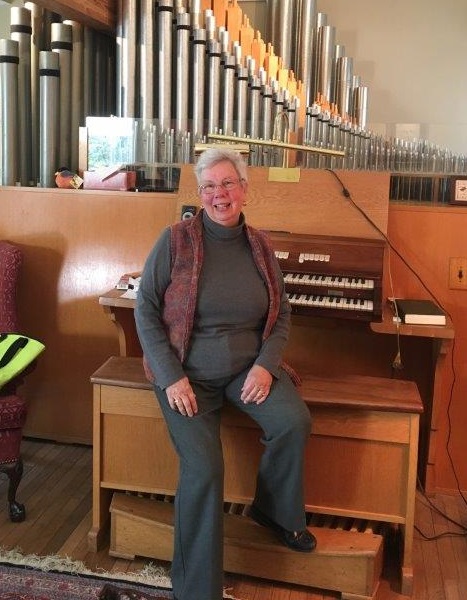 Dr. Ann Labounsky performing at the 2017 Pogorzelski-Yankee Organ Recital at Indiana University of Pennsylvania on March 26, 2017. 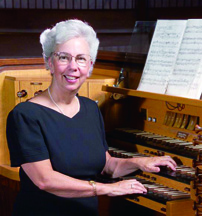 Dr. Ann Labounsky has earned an enviable international reputation as a virtuoso performer and improvisor at the organ, and particularly, as a leading American disciple of Jean Langlais. From 1962 to 1964 Ann Labounsky lived and studied in Paris as a recipient of a Fulbright Grant.

As an organ student of André Marchal and Jean Langlais, she immersed herself in the French organ tradition; she studied most of Langlais’s compositions with the composer, and played them for him on the organ at Sainte-Clotilde. In 1964, while she was Langlais’s student at the Schola Cantorum, she earned the Diplôme de Virtuosité with mention maximum in both performance and improvisation. Additional study was with Suzanne Chaisemartin and Marcel Dupré. She was awarded the diploma with the highest honors at the organ competition at the Soissons Cathedral.

Dr. Labounsky’s early organ training began with Paul J. Sifler and John LaMontaine in New York City. She was awarded a Bachelor of Music degree from the Eastman School of Music where she was a student of David Craighead, a Master of Music degree from the University of Michigan where her teacher was Marilyn Mason, and a Doctor of Philosophy in Musicology from the University of Pittsburgh under the direction of Dr. Robert Sutherland Lord. (see TAB Mentors of Ann Labounsky)

Dr. Labounsky is an active member of both the American Guild of Organists and the National Association of Pastoral Musicians. In the American Guild of Organists she holds the Fellow certificate and has served as Councillor for Education and Director of the National Committee on Improvisation, and as a member of the Certification Committee. Currently she also serves as national Director of Certification for the National Association of Pastoral Musicians.

Dr. Labounsky has recorded the complete organ works of Jean Langlais for the Voix du Vent Recordings: a project encompassing 26 compact disks and an accompanying book in honor of the Langlais centennial. The first 18 CDs were received with critical acclaim in leading publications including The New York Times, The American Organist, and The Diapason.

As Chair of Organ and Sacred Music at Duquesne University in Pittsburgh, Pennsylvania, Dr. Labounsky oversees both the undergraduate and graduate programs in sacred music. She has been Organ Artist-in-Residence at First Lutheran Church in downtown Pittsburgh. Recently, she accepted a position as organist-choir master at the Church of the Redeemer (Episcopal) in Squirrel Hill.