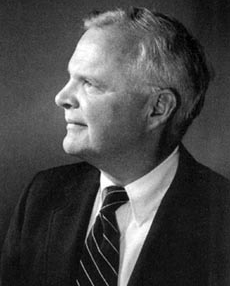 This is a nearly comprehensive collection of Pittsburgh composer Joseph Willcox Jenkin's musical works. Jenkins began composing short pieces while in elementary school. During his years in high school he made numerous arrangements and original works for orchestra. He attended Saint Joseph's University where he completed a pre-law degree, in addition to studying composition and counterpoint with Vincent Persichetti at the Philadelphia Conservatory. His formal musical training includes bachelor and master's degrees from the Eastman School of Music and the doctorate from the Catholic University of America. While in military service, he served on the arranging staff of the U.S. Army Field Band and the Armed Forces Radio Network, and was appointed chief arranger and assistant conductor of the newly formed U.S. Army Chorus. In 1961 he moved to Pittsburgh to join the music faculty at Duquesne University as professor of history and composition. He received the ASCAP Serious Music Award for two decades and the Omicron Delta Kappa Teacher of the Year award in 2000. A composer of more than 200 works, his compositions include standard works for band, orchestra, chorus, voice, and instrumental selections. He has served as organist and choirmaster at a number of Pittsburgh churches and synagogues including The Presbyterian Church of Sewickley, Saint Bernard Roman Catholic Church, Temple Rodef Shalom, and Church of the Redeemer.

Dissertations and Theses on Dr. Jenkins

Jenkins as a Composer

Links go to the Naxos Music Library database. If you are off-campus, you must sign in with your DUQ Multi-Pass to listen.