The mothers of the disappeared protesting for answers regarding their missing loved ones in Chile circa 2005.

This guide is intended to provide users with resources on the human rights issue of enforced and involuntary disappearances throughout history.

This guide will provide contextual information regarding these disappearances, as well as selected books in the Gumberg library catalog, research articles and databases, and significant research material on this subject. You can navigate to a specific country's page (listed by continent) to find more information regarding this topic using the tabs at the top of the guide. 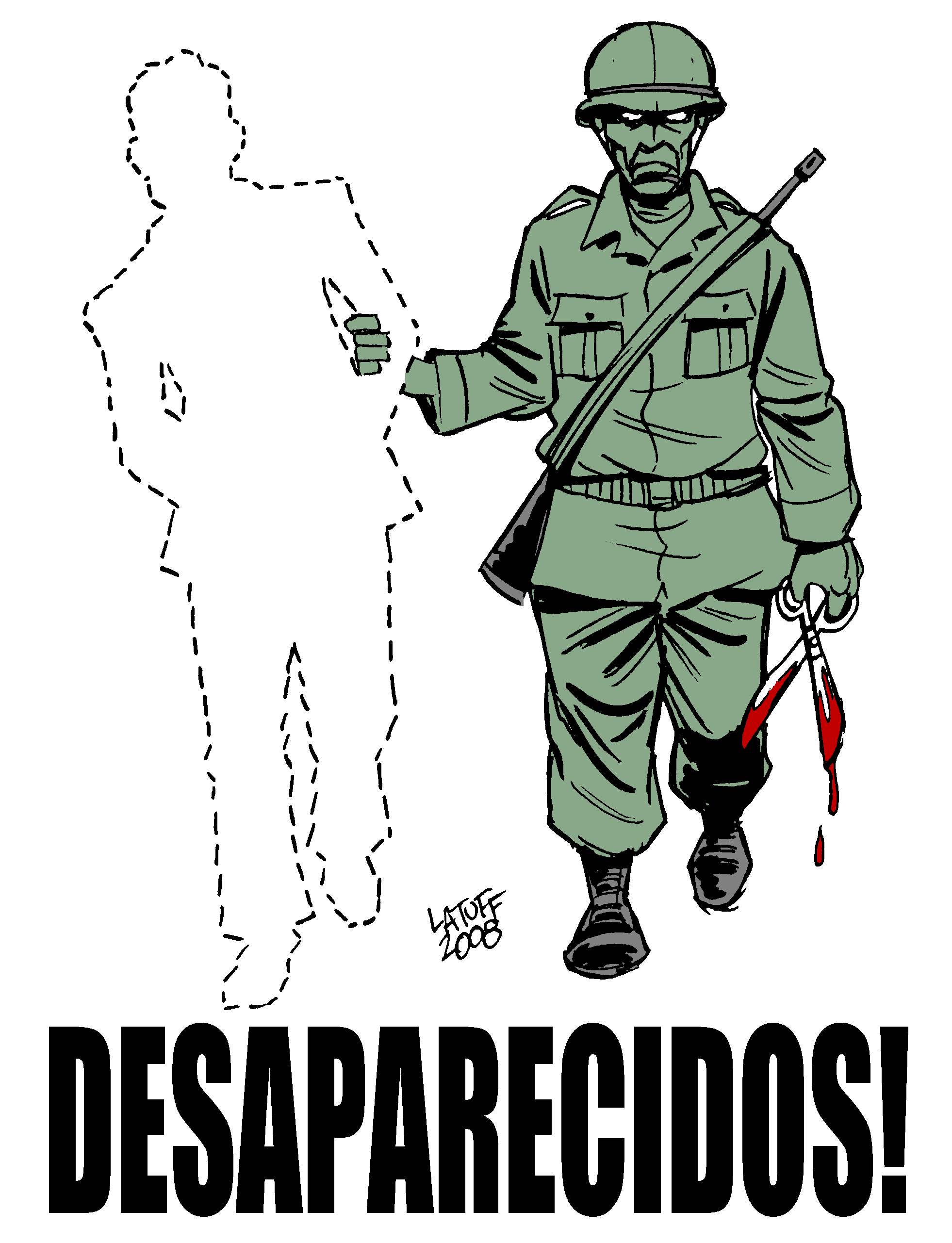 Artist Latuff's tribute to Argentine documentary filmmaker Raymundo Gleyzer, who was kidnapped by a military dictatorship in South America, 1976.

Learn more about social justice issues through our Gumberg guides: