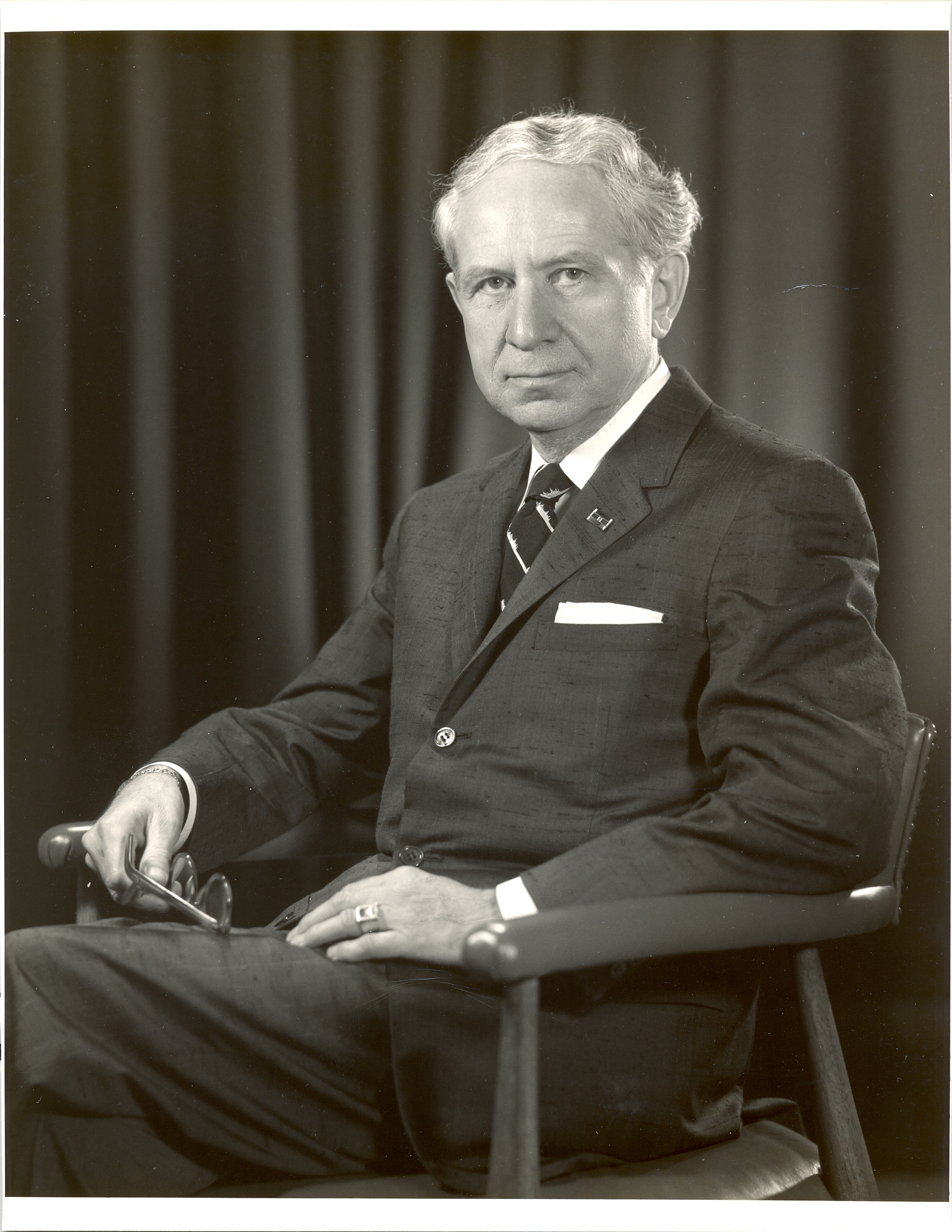 Michael A. Musmanno was born on April 7, 1897, in Stowe Township, Allegheny County, PA. Throughout his long and distinguished career he was a part of major events which shaped the twentieth century. After passing the bar in 1923, he quickly became a member of the Sacco and Vanzetti defense team. He would remain convinced of the two men’s innocence for the rest of his life.  After being elected to the Pennsylvania House of Representatives in the 1930s he helped to abolish the Coal and Iron Police. During World War II, Captain Musmanno served as naval aide to General Mark Clark, Fifth Army, and became the military governor of Sorrento in Italy. He then led the U.S. investigation to determine if Adolf Hitler died at the end of the war. He served as a presiding judge at the Nuremberg War Crime trials and retired from active duty as a rear admiral. During his postwar career he was elected as a Pennsylvania Supreme Court Judge, a position he held until his death. Aside from his political career he was a prolific writer, publishing sixteen books, including Ten days to die, Across the Street From the Courthouse, The Story of Italians in America, and Columbus Was First as well as a number of short stories and articles. Judge Musmanno passed away at the age of 71 on Columbus Day, October 12, 1968.

The collection is composed of the personal papers and library of the former Pennsylvania State Supreme Court justice, state representative and author. Documents include papers from Musmanno’s time as a defense attorney in the Sacco & Vanzetti trial, judge in the Nuremburg Trials, witness in the case against Adolf Eichmann, and interviews with Hitler’s associates. The collection also covers papers related to campaigns to end the Sunday Blue Laws, illegalize the Communist Party and to disband the Coal and Iron Police.

Finding aids for the Honorable Michael A. Musmanno Collection

A selection of the Honorable Michael A. Musmanno's books at the Gumberg Library