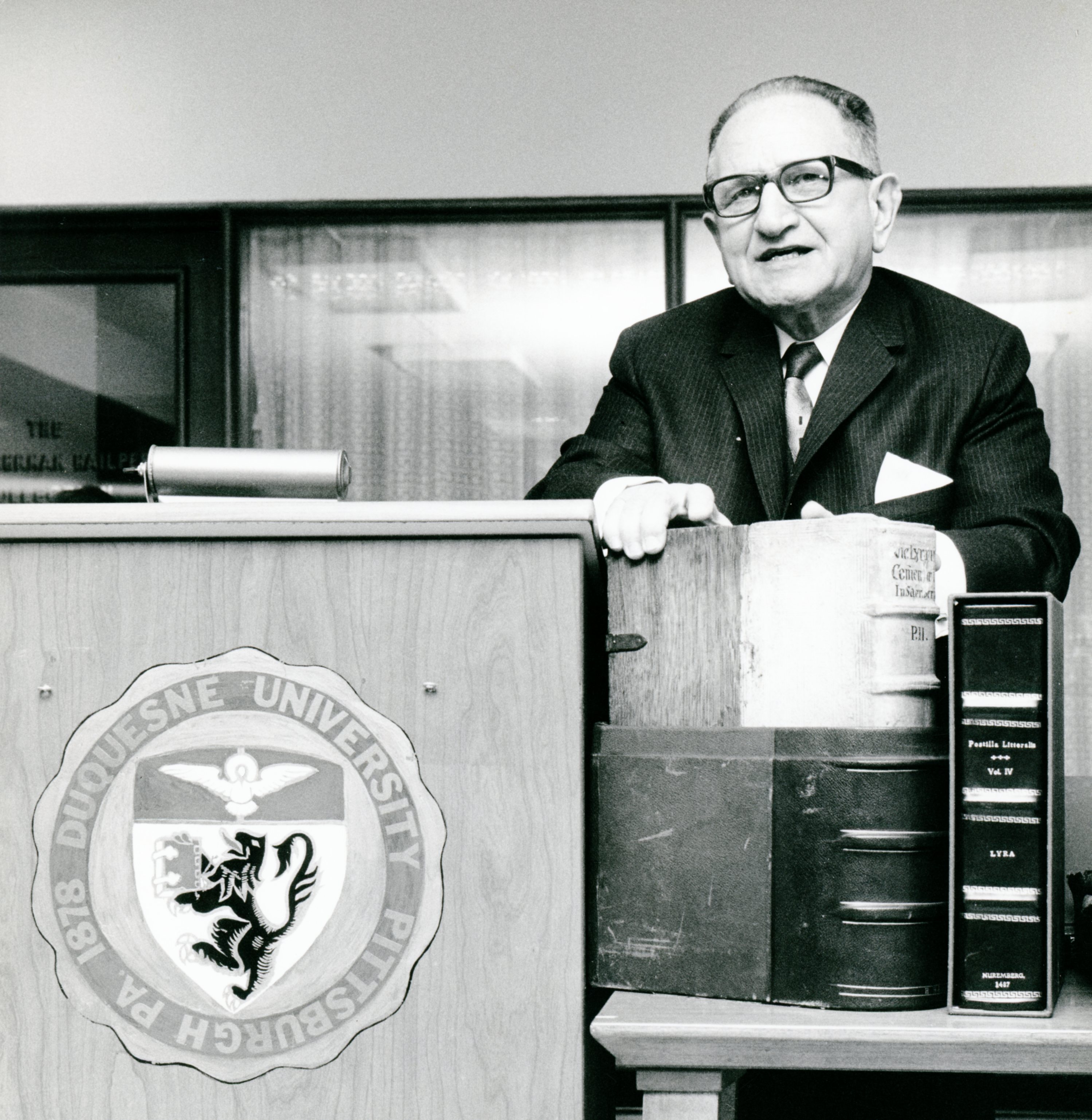 Born in Newark, New Jersey in 1899, Herman Hailperin was a descendant of rabbis on his father's and mother's sides. He was ordained a conservative rabbi in 1922 and became the spiritual leader of Pittsburgh's Tree of Life Synagogue, where he served for over 50 years. He earned both his masters degree and PhD in theology from the University of Pittsburgh. Along with his duties as a rabbi, he taught at the University of Pittsburgh, the Pittsburgh Pastoral Institute, and Duquesne University. At Duquesne, he taught courses in both history and theology. His main research interest was in the influence of Rashi (Rabbi Shlomo Yitzhaki), the famous medieval French-Jewish biblical commentator on medieval Christian scholars, particularly Nicholas of Lyra. Rabbi Hailperin died in 1973.

Rabbi Herman Hailperin wrote many articles and books including A Rabbi Teaches (1939), Nicholas de Lyra and Rashi (1940), several monographs on the history of intellectual relations between Christians and Jews in Europe as well as Rashi and the Christian Scholars, which is widely regarded as his most famous work. He was also a columnist for the Jewish Criterion and American Jewish Outlook.

Herman Hailperin donated his personal library to Duquesne University in 1968. The formal dedication took place on January 26 1969. The collection contains more than 2,600 volumes exploring the influence of Jewish scholars on Catholic scholars as well as theological issues during the Middle Ages. It is believed to be the largest private collection on this subject in the world.

Among the collection are 74 volumes in Latin, 873 volumes in Hebrew and some inacunabula (materials published from the earliest printing presses). The collection includes, for instance, a 10-volume Latin Bible, a 10-volume Hebrew Bible, a wealth of Judaica such as the Talmud, the Mishna anf the Gemara, an entire section devoted to liturgical works and several Latin dictionaries from the Middle-Ages, a time period during which that language frequently varied.

Herman Hailperin reads Latin, Hebrew, Arebic, Greek, German and French, a fact reflected in the variety of languages represented in the collection. Many of the Hebrew books in the collection were handed down through unbroken lines of rabbis both on the maternal and paternal sides of Dr. Hailperin's family. Works in medieval Latin were collected in this travels on this content and abroad; these include several volumes printed before the discovery of America by Columbus and are among the oldest books to be found in Pittsburgh.

One addition in more recent times was from the late Solomon B. Freehof, who was rabbi at Rodef Shalom, a large Reform congregation in Pittsburgh. Dr. Freehof donated 150 books, many of them rare, to the Collection.