Shakespeare and the Four Humors: The Humors

The four bodily humors were part of Shakespearean cosmology, inherited from the ancient Greek philosophers Aristotle, Hippocrates, and Galen.

Organized around the four elements of earth, water, air, and fire; the four qualities of cold, hot, moist, and dry; and the four humors, these physical qualities determined the behavior of all created things including the human body.

In the human body, the interaction of the four humors explained differences of age, gender, emotions, and disposition. The influence of the humors changed with the seasons and times of day and with the human life span. Heat stimulated action, cold depressed it. The young warrior’s choler gave him courage but phlegm produced cowards. Youth was hot and moist, age cold and dry. Men as a sex were hotter and drier than women. 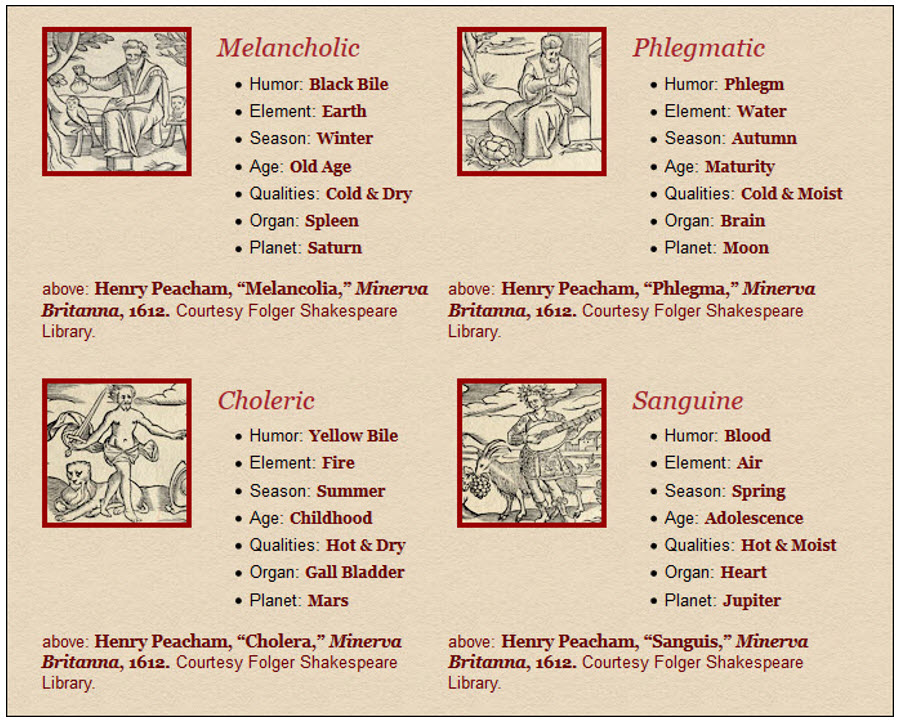 Text and image on this page are from the NLM "And there's the humor of it:" Shakespeare and the four humors website