Image above is a detail from the 1937 mural by Maxo Vanka entitled "Mary, Queen of Croatia," St. Nicholas Catholic Church, Millvale, PA. 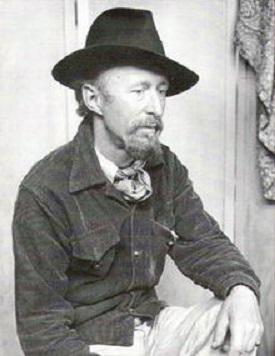 In 1937, Fr. Albert Zagar of St. Nicholas Croatian Catholic Church extended an invitation to the well-known Croatian artist, Maxo Vanka, to come to Millvale, PA to paint murals on the bare walls of the recently rebuilt church. With war in Europe likely due to the Nazi threat, Vanka and his Jewish-American wife had come to live in the United States. As far as subject matter for the murals, Fr. Zagar indicated that some should have religious themes. Vanka painted the murals in two groups, one in 1937 and the other in 1941, after the start of World War II. The first group reflect the experience of Croatian immigrants in the United States, contrasting their lives in the Old Country and in the New, and commenting on those experiences. Vanka was a pacifist during the 1st World War, but through serving with the Belgian Red Cross during that conflict, had seen the horrors of war. Reflecting this, the second group of murals make strong anti-war and social justice statements. One of the most remarkable things about them is that the figure of Christ in one mural is modeled after an African American.

These works are Vanka's masterworks, completely unique and unlike anything else in the world. Since the 1990s, serious efforts have been under way to preserve these local treasures, now over 80 years old, for the inspiration of future generations. As time goes on, the murals continue to attract national and worldwide attention. One famous admirer, David Byrne of the band Talking Heads, had this to say about Vanka and the murals: "'The...murals, by Maxo Vanka, are spectacular. The Diego Riviera of Pittsburgh, I would say.'

Click on a title to see the catalog record and more information about a work. The Gumberg Library resources can be borrowed by Duquesne affiliates with their ID.