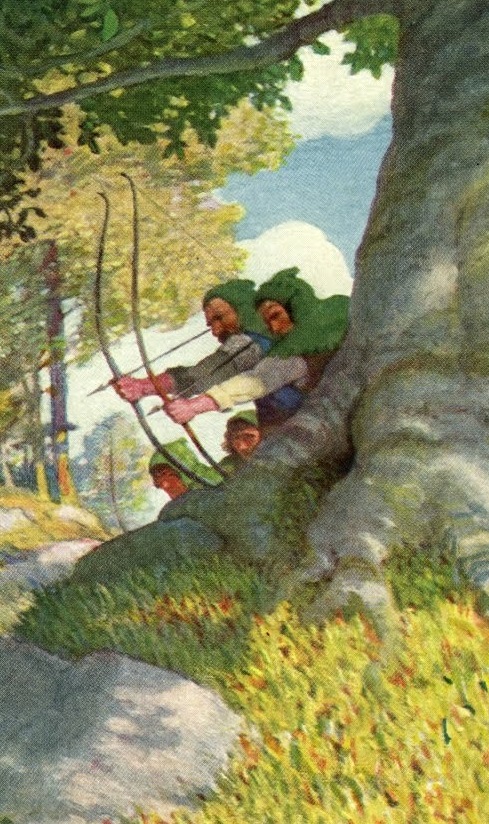 "In this our spacious Isle, I thinke there is not one,
But he hath heard some talke of him [Robin Hood] and little John;
And to the end of time, the Tales shall n'er de done..."
Michael Drayton

In the 15th century, as common people gathered in inns and taverns, or anywhere a minstrel might appear, ballads began to sung about a popular folk hero. His popularity grew and many more ballads were anonymously composed. He rivaled King Arthur for the position of greatest English hero. His name was Robin Hood, leader of an outlaw band, the greatest archer in the land of the longbow.

From the early ballads, to plays, then to prose retellings of the ballad stories, to novels, to comic books, Robin Hood has appeared in them all. With the advent of movies, then television, Robin Hood became a well-known figure on both the large and small screens. He continues to be perennially popular.

This guide is designed to connect the researcher to a wide range of materials in the Gumberg Library collection (and beyond) on this pop culture phenomenon. Use the tabs at the top of the screen to access the various types of information sources presented on this page. Enjoy!
Get acquainted with Robin Hood through the reference works below