The photo "Pittsburgh Panorama" by Andrew "Dobie" Koch is licensed under a CC 3.0 Attribution. It was remixed for the purpose of this guide by Kiera Mudry.

The Pittsburgh Speech and Society website is based on research by Barbara Johnstone and Scott F. Kiesling, two sociolinguists who have studied the speech and dialect of the Pittsburgh area. The research was funded in part by the U.S. National Science Foundation Collaborative Research Award. Interviews recorded during this project were donated to the University of Pittsburgh Archives Service Center. 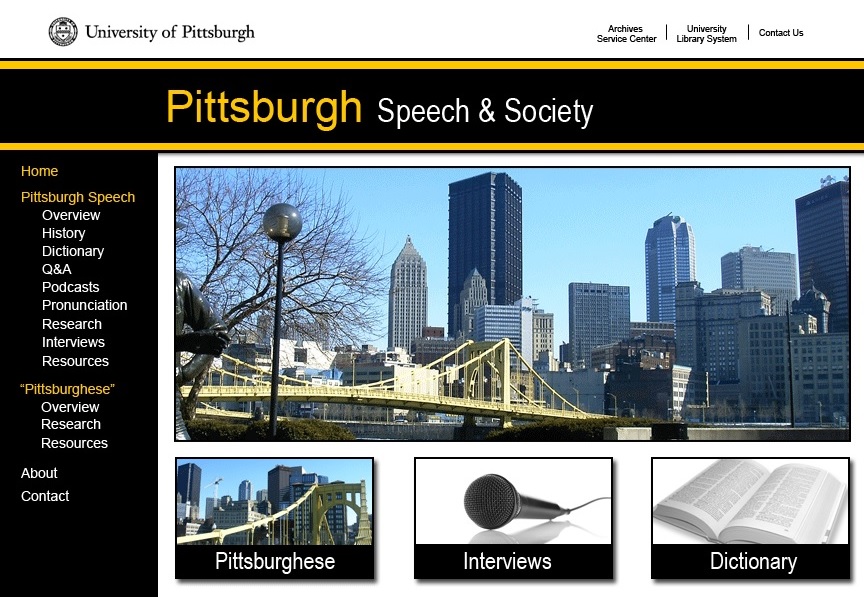 Pittsburgh Dad is a character created by Curt Wootton that is well-known for its portrayal of a blue collar "everyman" yinzer. The character's distinct accent and commentary on Pittsburgh-related content has garnered 30 million views across the internet since it's conception.