Commemorating 50 years of working towards visible unity in Christ

Pope Francis, Bishop Younan, President of the Lutheran World Federation (left), and Rev. Junge, General Secretary of the Lutheran World Federation (right), lead an ecumenical prayer service to commemorate the 500th anniversary of the start of the Protestant Reformation, on October 31, 2016, in Lund Cathedral in Sweden. Source: http://saltandlighttv.org/apostolicvisit/ 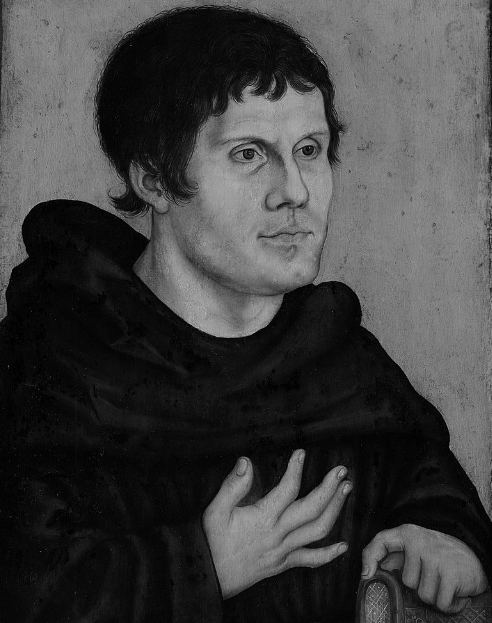 The year 2017 marked the 500th anniversary of the publication of Martin Luther's Ninety Five Theses, the document which lit the match that ignited what came to be known as the Protestant Reformation. Luther, an Augustinian monk and professor of the Bible at Wittenberg University, was not seeking to create a schism within the Church, but had drawn up a list of theses for debate by scholars that he hoped would lead to reformation within the Church. Luther was not the only clergyman interested in reform. The great Erasmus of Rotterdam, who would be an opponent in debate with Luther, was another.

The difference was that Luther, as well as being a fiery personality, was uncompromising and absolutely committed to what he was convinced was the truth. When, at the Diet of Worms, he was given the opportunity to recant his ideas, he threw down a gauntlet with his famous statement, "I cannot and will not recant. Here I stand. God help me." Battle was joined.

Luther and his followers were excommunicated. The Church was split, fractured--a scattering that continues to this present day. Thirty years of European war between Catholic and Protestant Christians resulted. This was followed by centuries of martyrdom, persecution, misunderstanding, and mistrust.

However, following Vatican II, relations between the Catholic Church and the Protestant churches, Lutherans included, began to change. In the document Unitatis Redintegratio, the Council referred to Protestants as "seperated brethren," as opposed to heretics beyond hope of salvation. The ecumenical movement began around this time, revealing a willingness to dialogue on the part of Catholics and Protestants alike. Starting in 1965, a number of consultations between Catholics and Lutherans took place, as both groups sought ways to show more of the the unity of believers in Christ. In recent years, an important ecumenical event took place. On October 31, 2016, Pope Francis joined with Lutheran leaders in Lund, Sweden, for a prayer service commemorating the 500th anniversary of the Ninety Five Theses and of the start of the Reformation. In his homily for this occasion, Pope Francis praised Luther as one who brought the Church back to the centrality of the Bible. In June of 2016, Pope Francis had praised Luther in these words, "The church [of Luther's day] was not a role model, there was corruption, there was worldliness, there was greed, and lust for power. He protested against this. And he was an intelligent man."

This research guide is designed to point users of Gumberg Library to materials for the study of Catholic-Lutheran relations from the Reformation to the present day. 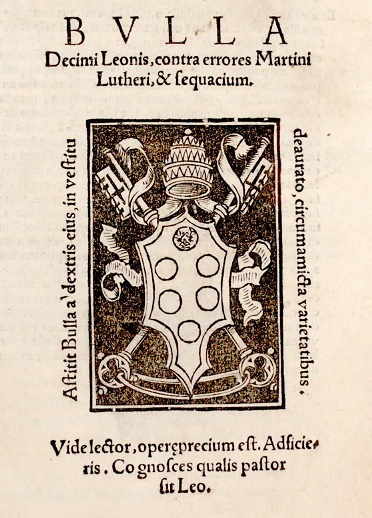 Above is the title page of a published version of the papal bull Exsurge Domine (1520) in which Pope Leo X excommunicated Martin Luther. Click the image to read the text. Public Domain. Wikimedia Commons 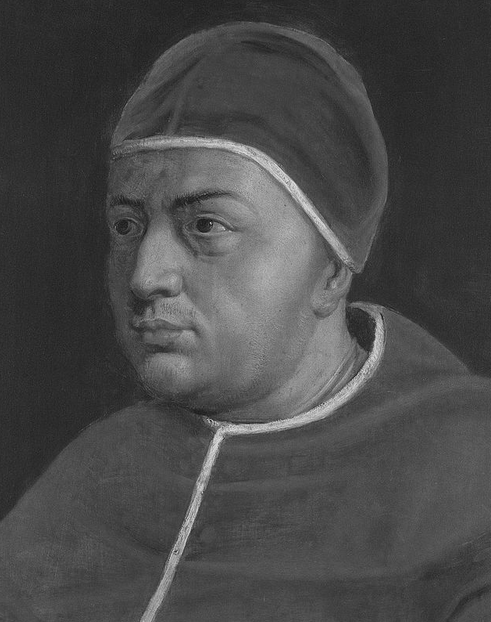