After surviving the Rwandan Genocide by hiding in a 3x4 foot bathroom for 91 days, Immaculée Ilibagiza now uses her story to motivate others to find faith and peace in the worst of times.

"Immaculée Ilibagiza was born and raised in a small village in Rwanda, Africa. She enjoyed a peaceful childhood with her loving parents and three brothers. Education was very important in her household, so it was no surprise that she did well in school and went on to the National University of Rwanda to study electrical and mechanical engineering. It was while she was home from school on Easter break in 1994 that Immaculée's life was transformed forever.

On April 6 of that year, the Rwandan President’s plane was shot down over the capital city of Kigali. This assassination of the Hutu president sparked months of massacres of Tutsi tribe members throughout the country. Not even small, rural communities like Immaculée’s were spared from the house-by-house slaughtering of men, women and children.

To protect his only daughter from rape and murder, Immaculée’s father told her to run to a local pastor’s house for protection. The pastor quickly sheltered Immaculée and seven other women in a hidden 3 x 4 foot bathroom. For the next 91 days, Immaculée and the other women huddled silently in this small room, while the genocide raged outside the home and throughout the country.

While in hiding, anger and resentment were destroying Immaculée’s mind, body and spirit. It was then that Immaculée turned to prayer. Prior to going to the pastor’s home, Immaculée’s father, a devout Catholic, gave her a set of rosary beads. She began to pray the rosary as a way of drowning out the anger inside her, and the evil outside the house. It was that turning point towards God and away from hate that saved Immaculée." -Immaculée's website 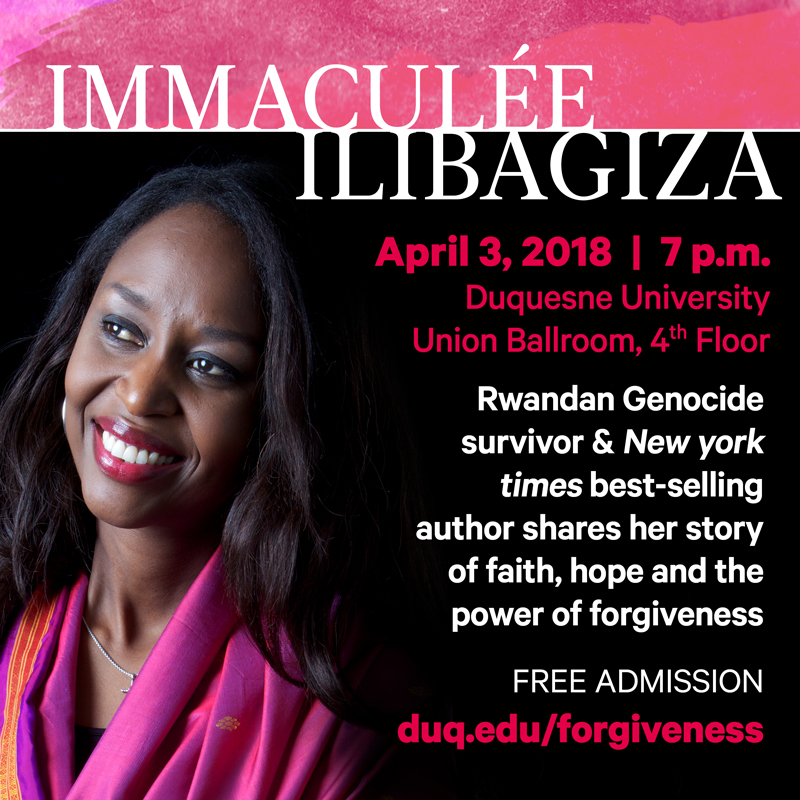