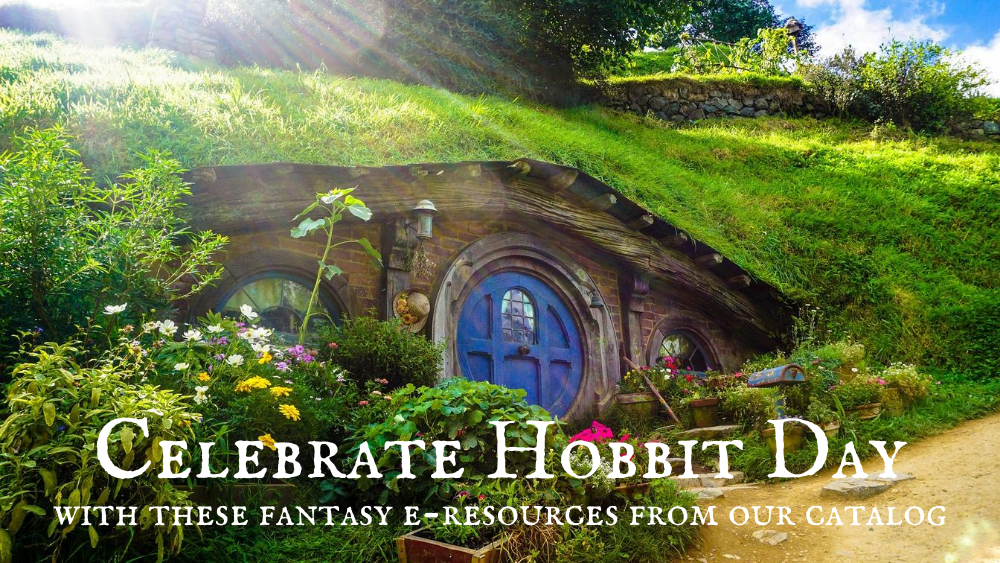 In J.R.R. Tolkien's The Hobbit and The Lord of the Rings, which were highly influential in the fantasy genre, he named September 22nd as the shared birthday of his protagonists, Bilbo and Frodo. People now celebrate September 22nd as Hobbit Day, which always falls during the American Tolkien Society's Tolkien Week. Explore Tolkien's legacy along with influential works and authors within the fantasy genre with these e-resources from our collection.

Start with Tolkien's The Hobbit and The Fellowship of the Ring, the first book in The Lord of the Rings trilogy, and then explore these titles, which helped shape the fantasy genre as we know it now. Hover over the i button to read the synopsis of each book.

Fantasy fiction has roots in epic poetry such as The Iliad, The Aeneid, The Epic of Gilgamesh, and others from around the world. Below is a sampling of what's available in our catalog.

Continue your journey through fantasy books with these contemporary titles that have paid homage to the pillars of the genre while expanding it into something new and more inclusive.

For further reading, peruse the articles below or browse The Journal of Tolkien Research.

Explore these videos and more from the Alexander Street Press database.

If you're more interested in the history and analysis of the fantasy genre, here are the books for you.