This guide introduces and contains resources relating to Aron Gurwitsch, whose personal library (the Aron Gurwitsch Alcove) and Archive are located within the Simon Silverman Phenomenology Center. 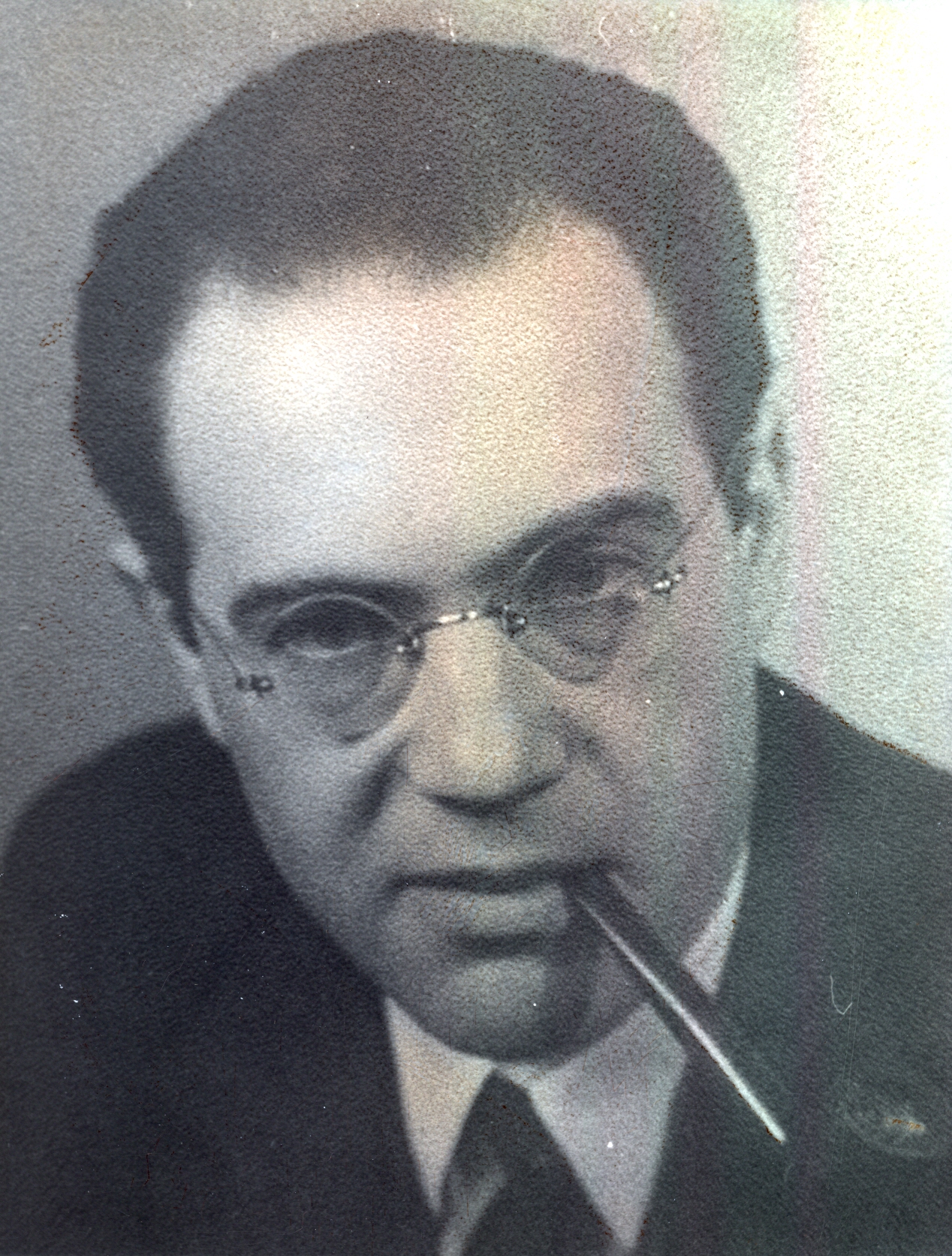 Aron Gurwitsch was born in Vilna, Lithuania on January 17, 1901. He grew up in Germany, emigrated to France in 1933, and emigrated again to the United States in 1940. Under the advisement and tutelage of Carl Stumpf, Gurwitsch studied mathematics, theoretical physics, philosophy, and psychology at the University of Berlin, starting in 1919, and then at the University of Frankfurt 1920-1928. Gurwitsch found his philosophical home in the philosophy of Edmund Husserl. He spent time studying directly under Husserl and Martin Heidegger in Friedburg 1920-1921. He pursued his dissertation independently, and had it accepted by Professor Moritz Geiger of Gottingen University on August 1, 1928. His dissertation was published in English in 1966, under the title "Phenomenology of Thematics and the Pure Ego: Studies of the Relation between Gestalt Theory and Phenomenology." His academic career included working as a lecturer at the Institut d'Histoire des Sciences of the Sorbonne from 1933-1940, as a visiting lecturer at Johns Hopkins from 1940-1942, as an instructor at Harvard from 1943-1946, a visiting lecturer at Wheaton College from 1947-1948, as an associate professor at Brandeis from 1948-1959, and finally as a professor at the Graduate Faculty of The New School from 1959-1973. Gurwistsch died in June of 1973. 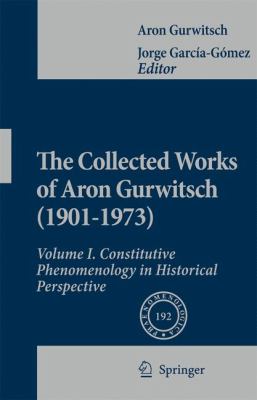 1 The present volume is rich in essential phenomenological descriptions 2 and insightful historico-critical analyses, some of which cannot be fully appreciated, however, except by close examination on the part of the reader. Accordingly, such a task ought to be left to the consideration and judgment of the latter, save where such discussions are directly relevant to the topics I will be dwelling upon. I prefer, then, to approach the matters and questions contained here otherwise, namely, archeologically. In this I 3 follow Jose ´ Huertas-Jourda, the editor of the corresponding French vol- 4 ume, in his felicitous terminological choice, although I adopt it here for my purposes in an etymological sense, i. e. , as signifying a return to prin- 5 ciples or origins. This, after all, is consistent not only with the spirit and practice of phenomenology, as acknowledged by Aron Gurwitsch often enough, but as well with what he has actually said, to wit: it is a qu- tion of 1 Cf. , e. g. , infra,in An Outline of Constitutive Phenomenology, Chapter 4, pp. 185 ff. (Henceforth I shall refer to this book as Outline. ) This essay will be devoted to the study of selected parts of the contents of this volume, although, when necessary, use will be made here of other works by various authors, including Gurwitsch. 2 Cf. , e. g. , ibid. , Chapter 3, pp. 107 ff. 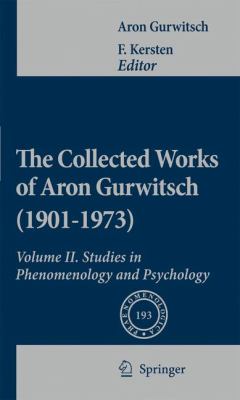 Studies in phenomenology and psychology: The Collected Works of Aron Gurwitsch, Volume 2

The articles collected in the present volume were written during a period of more than 30 years, the ?rst having been published in 1929, the last in 1961. They are arranged here in a systematic, not a chronological, order, starting from a few articles mainly concerned with psychological m- ters and then passing on to phenomenology in the proper sense. Within the latter group, the sequence is from articles dealing with more g- eral questions of principle to those in which rather special questions are discussed. The articles are reprinted or translated unchanged except for "phenomenology of Thematics and of the Pure Ego," in which a certain number of pages have been omitted because the author has long since come to consider them erroneous. Almost all of the articles are in the service of Husserlian phenomen- ogy, which they are intended to advance and to develop further rather than merely expound. When the author made his ?rst acquaintance with Husserl's philosophy about 40 years ago, he was overwhelmed by the spirit of uncompromising integrity and radical philosophical respon- bility, by the total devotedness which made the man disappear behind his work. Soon the young beginner came to realize the fruitfulness both of what Husserl had actually accomplished and of what he had initiated, the promise of further fruitful work. 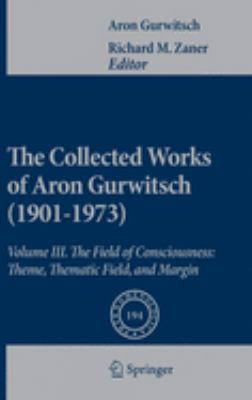 The field of consciousness : phenomenology of theme, thematic field, and marginal consciousness: The Collected Works of Aron Gurwitsch, Volume 3

The French version of this book, Th orie du champ de la conscience (1957), appeared under the auspices of the International Phenomenological Society. This present version appears through the collaboration of the staff of the Duquesne Studies, Psychological Series. In writing this book, I wanted to make it a phenomenological study, not a book about phenomenology. The intention was to advance c- tain phenomenological problems rather than to present a survey of or a report on phenomenology. My point of view is that of the pheno- nologist at work, not of an observer of a methodology from without. While it appeared desirable to expound in a detailed manner some of Husserl's notions and theories which have importance for phenomen- ogy as a whole, I have con'ned my treatment to those which have direct and immediate reference to the problems treated in this study. The manuscript of this book was completed in 1953 before the appe- ance of several volumes of Husserliana among which vol. VI, Die Krisis der Europ ischen Wissenschaften und die transzendentale Ph nomenologie (1954), and vol. IX, Ph nomenologische Psychologie (1962), have particular bearing upon the problems dealt with in this book. Also the most recent presentation of Gestalt theory by W. Metzger, Psychologie (1st ed. 1940, 2nd ed. 1954) did not come to my attention before the completion of the manuscript. 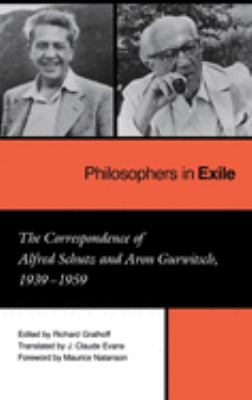 Philosophers in Exile: the correspondence of Alfred Schutz and Aron Gurwitsch, 1939-1959

This book presents the remarkable correspondence between Alfred Schutz and Aron Gurwitsch, emigre philosophers influenced by Edmund Husserl, who fled Europe on the eve of World War II and ultimately became seminal figures in the establishment of phenomenology in the United States. Their deep and lasting friendship grew out of their mutual concern with the question of the connections between science and the life-world. Interwoven with philosophical exchange is the two scholars' encounter with the unfamiliar problems of American academic life--what Gurwitsch called the "passology" of exile. Apart from its brilliant and moving portrait of two distinguished men, the correspondence holds rich significance for current issues in philosophy and the social sciences.

In order to find books and articles authored by or written about Aron Gurwitsch, please follow these guidelines when searching our library catalog or any of our online databases: