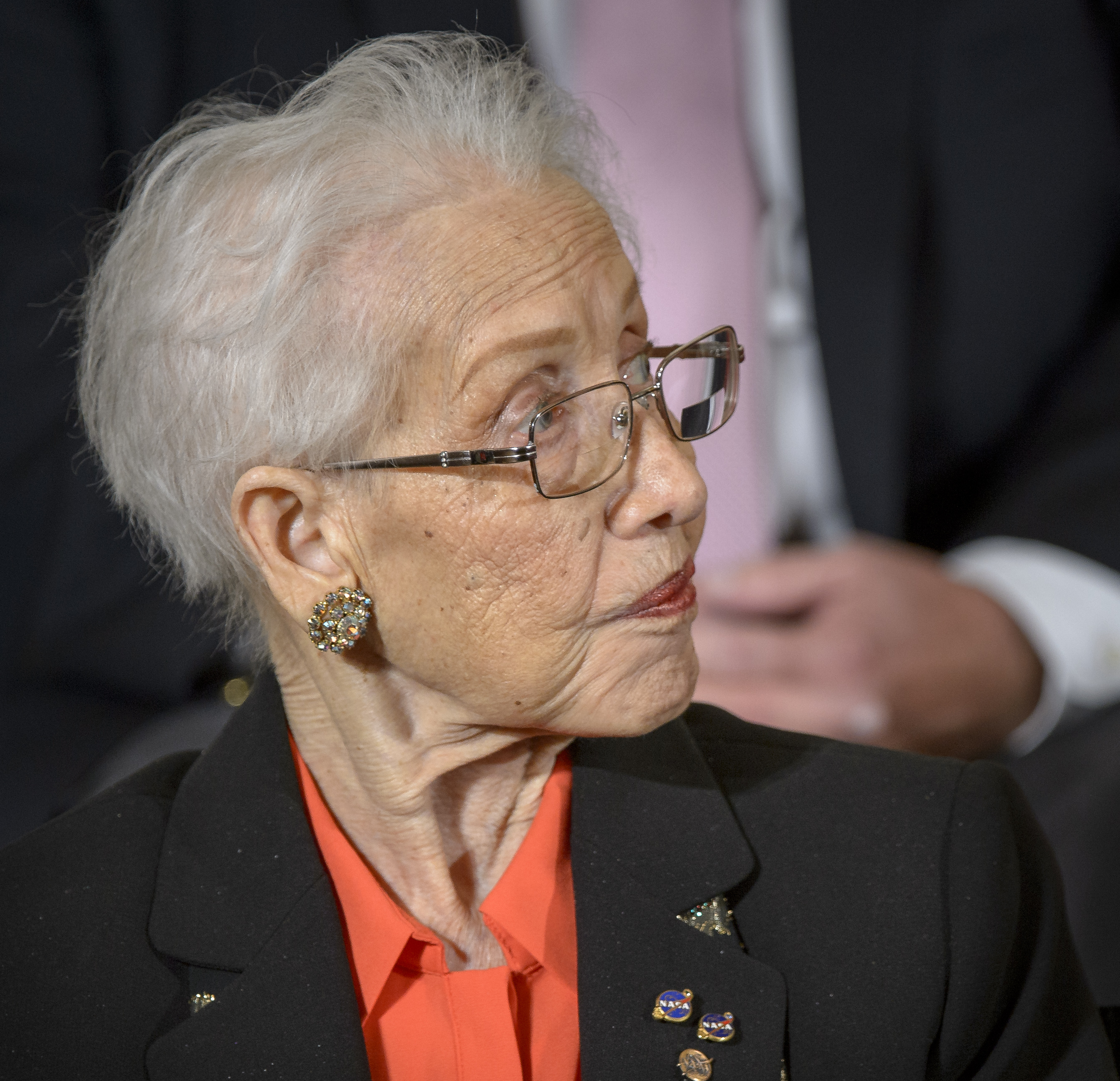 Katherine Johnson (1918-) worked as a "human computer" at the precursor to NASA, NACA (National Advisory Committee for Aeronautics) and then at NASA. Katherine computed Alan Shepard's trajectory into space and made calculations for John Glenn's orbit. She worked on the Apollo moon landing and Space Shuttle programs. Johnson received a Presidential Medal of Freedom from President Obama in recognition of her work. NASA also named a building after her.