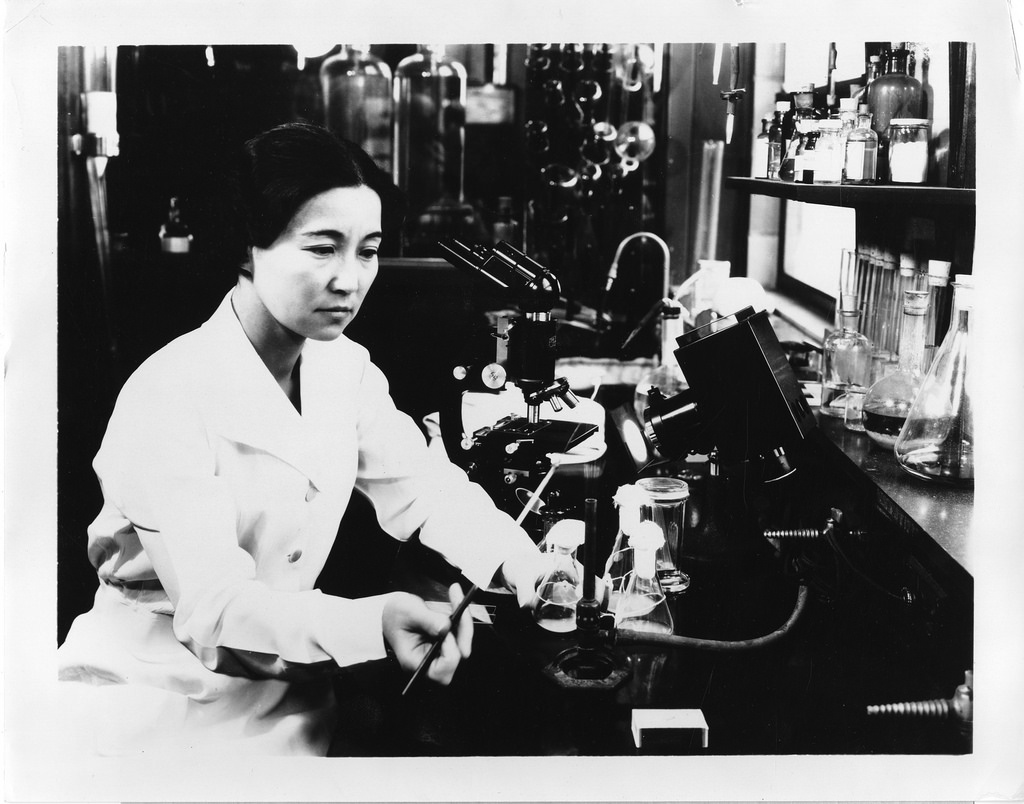 Ruby Hirose (1904-1960) was a biochemist and bacteriologist who worked on the polio vaccine, as well as vaccines for hay fever. Hirose earned a master's degree at the University of Washington, and then moved to Cinicinnati, where she got her doctorate in 1932. She was recognized by the American Chemical Society for her work in 1940. Hirose's family members were sent to internment camps for those of Japanese descent during WWII. Had she lived in Washington with her family, rather than Ohio, Hirose would have been sent as well.