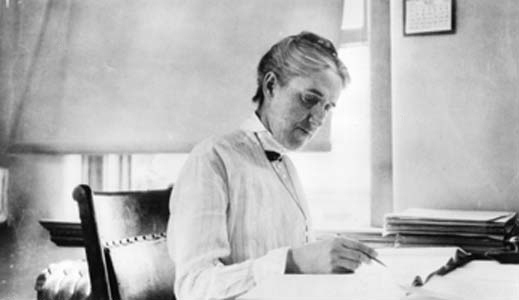 Henrietta Leavitt (1868-1921) was an astronomer whose discoveries led future astronomers to determine the distances between stars and Earth. Henrietta worked at the Harvard College Observatory as a "computer" studying variable stars (stars that have varying brightness). She discovered the link between the period of fluctuation and luminosity in variable stars, a huge breakthrough in astronomy. She also discovered 4 novas and 2400 new variable stars (half of all the known variable stars at the time).