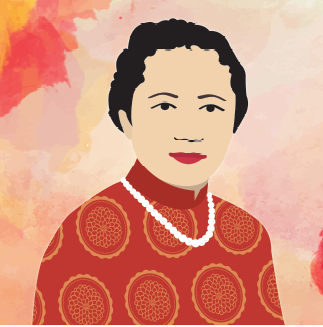 Chien-Shiung Wu (1912-1997) is known as the "First Lady of Physics." Chien-Shiung Wu was born in China at a time when girls were not allowed to go to school. Luckily that changed, and she was able to go to school to learn math and physics, before moving to the US to attend grad school. After studying at UC Berkeley and teaching at Smith Wu became Princeton's first female professor. She worked on uranium enrichment for the Manhattan Project during WWII and studied beta decay at Columbia afterwards. Wu worked with two male colleagues to disprove the law of parity conservation; while they received the Nobel Prize Wu was snubbed. She did earn many honors over her career, including the Comstock Prize and the National Medal of Science.