The Enigma coding machine, created in 1918 for commercial use by German engineer Arthur Scherbius, was adapted for use by the German armed forces, especially the navy. The Enigma fulfilled the need, realized after World War I, for a secure and mobile military communication device. The decryption of the German Enigma code ultimately turned the tide of the Second World War in favor of the Allies, giving them the ability to evade and deceive the Germans.

In the late 1920’s Poland realized that German forces intended to use the Enigma machine for war. The Polish Cypher Bureau recruited the top three mathematics students from the University of Poznan to begin work on breaking the code. Marian Rejewski, the first recruit, was able to break the code in two months using mathematical equations. Later joined by Jerzy Rozycki and Henryk Zygalski, the three men continued to update their techniques as the Germans made frequent alterations to the machine.

See all books on the Enigma Cipher System 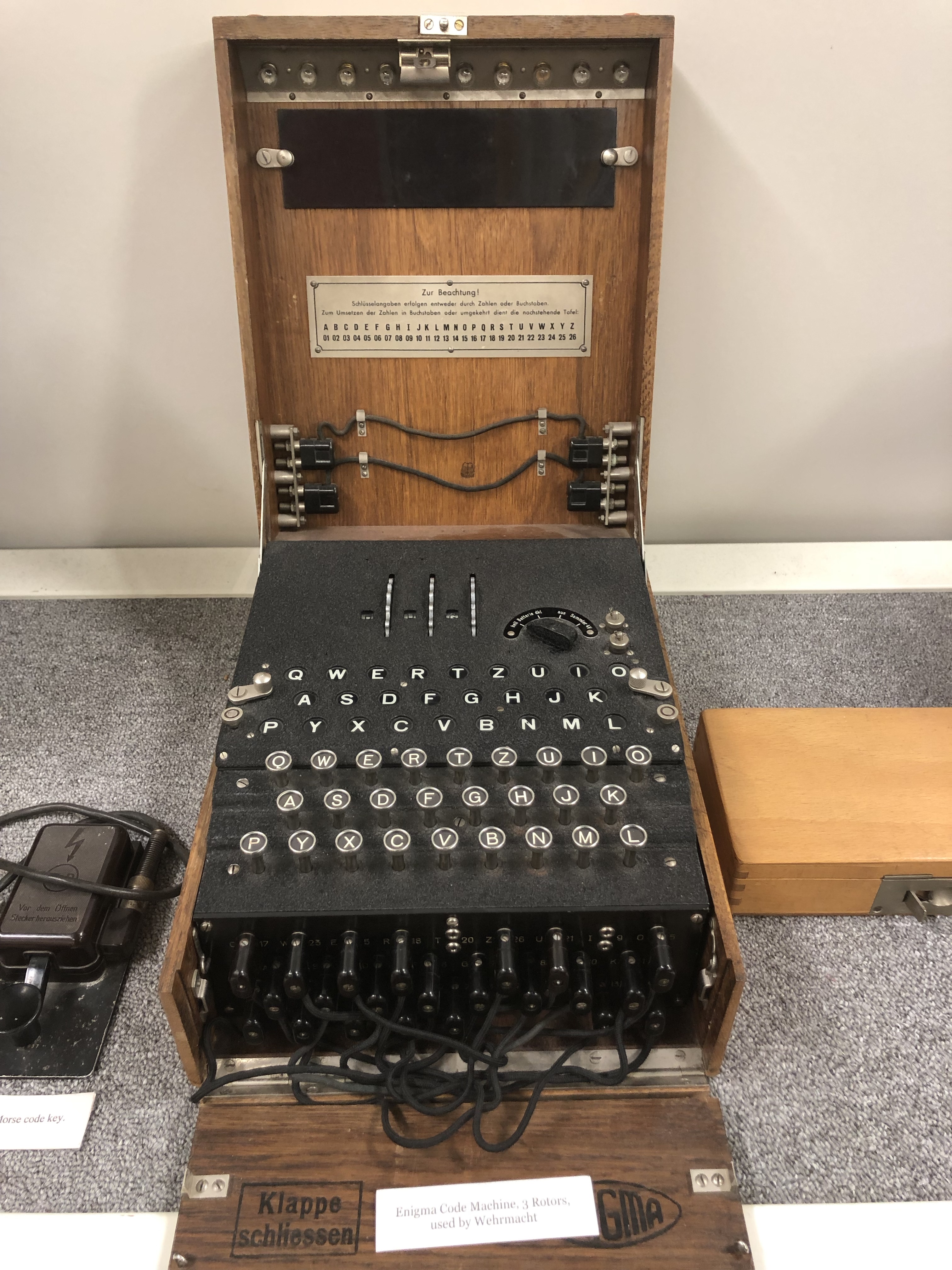