Learn about the first black superhero and his significance 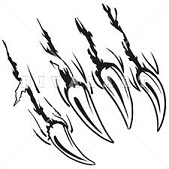 Black Panther, the first black superhero, is the creation of Stan Lee and Jack Kirby, the fathers of the Marvel universe. Making his debut in 1966, Black Panther has appeared regularly for the last 50 years, as part of the Avengers superhero team, as well as starring in his own titles, The release of the 2018 Marvel Studios film is seen as a cultural  watershed for African-Americans and other people of color. This guide is designed to help you get acquainted with this important character and to learn more about black superheroes in general,