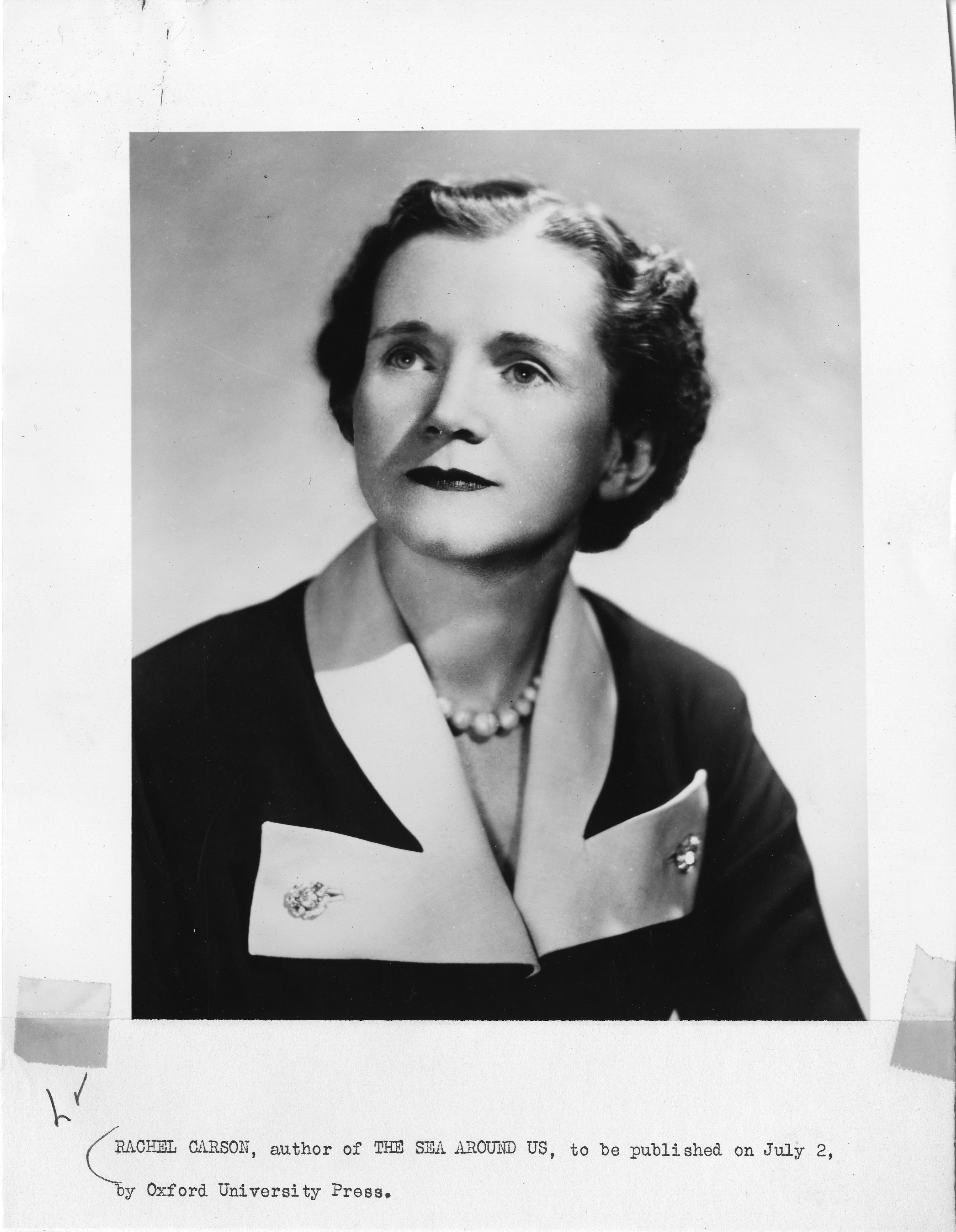 Rachel Carson (1907-1964) was a founder of the environmental movement in the United States, and brought public attention to the dangers of pesticides. Born less than 20 miles from Pittsburgh in Springdale, PA, Carson studied biology at Chatham and then received a master's degree from Johns Hopkins. Carson worked as an aquatic biologist for what is now the US Fish & Wildlife Service, and began publishing books and articles. Her second book, The Sea Around Us, won the National Book Award, allowing Carson to write full time.

Increasingly concerned about the government's use of pesticides, Carson published Silent Spring in 1962. While Carson was attacked for the book and her stance on pesticides - by chemical companies especially - her work led to the formation of the Environmental Protection Agency in 1970 and a ban on DDT in 1972. Carson died of breast cancer in 1964.

In 1980 she was posthumously awarded the Presidential Medal of Freedom.

Read more about her background

Search for all books at Gumberg by Rachel Carson (Primary Sources)

Search for all books at Gumberg about Rachel Carson (Secondary Sources)

Created in 1969 by artist Ron Cobb,  this symbol was prominent in early Earth Day materials and became extremely popular. Click to learn about what it signifies: The Ecology Symbol