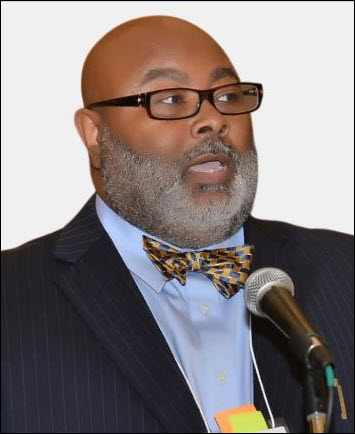 Samuel W. Black is the Director of the African American Program at the Senator John Heinz History Center.  He is a former President of the Association of African American Museums (2011-2016) and served on the Executive Council and the Advisory Council of the Association for the Study of African American Life & History (ASALH) as well as the program committee of the American Alliance of Museums. Black is a member of the Afro-American Historical & Genealogical Society of Pittsburgh and the former vice president of the ASALH Dr. Edna B. McKenzie Branch. He serves on the Boards of the International Black Business Museum and the Sankofa Village of the Arts as well as the Pennsylvania Historical Association where he sits on the editorial board of the Journal of Pennsylvania History.

Black is the recipient of the Dr. John E. Fleming Award of the AAAM in 2016, a 2018 graduate of the Jekyll Island Management Institute of the Southeastern Museums Conference (SEMC) where he was the recipient of the Jon Kinard Scholarship offered by the AAAM and Smithsonian Institution National Museum of African American History and Culture, and a 2019 Fulbright Germany Transatlantic Seminar of the Smithsonian Institution and Leibniz Association of Germany.

At the Heinz History Center, Black has curated: “Soul Soldiers: African Americans and the Vietnam Era” that travelled to seven cities and was the recipient of four awards including the American Association for State and Local History Award of Merit and the Pennsylvania Federation of Museums and Cultural Organizations, S.K. Stevens Memorial Award. Other exhibits include, “America’s Best Weekly: A Century of the Pittsburgh Courier” and “From Slavery to Freedom” that received a U.S. Department of Education Underground Railroad Educational and Cultural Program grant, as well as the AASLH Award of Merit (2013), the African Diaspora World Tourism Cultural Exhibit Flame Keeper Award for dedicated service in cultural tourism (2013), and the PA Museums President’s Award and S.K. Stevens Award (2014). He was the lead curator for the award-winning exhibit, “The Vietnam War 1945-1975” (2019). He is the curator of the Negro Leagues, Basketball, Track & Field, and Community Sports galleries of the Western Pennsylvania Sports Museum.

In addition, Black is the editor of Soul Soldiers: African Americans and the Vietnam Era (2006) and co-author of Through the Lens of Allen E. Cole: A Photographic History of African Americans in Cleveland, Ohio (2012) Kent State University Press, and editor of The Civil War in Pennsylvania: The African American Experience (2013), the recipient of the AASLH Award of Merit for 2014. His current book project centers on the means to which freedom seekers (runaway slaves) survived the journey to freedom.

He is a museum consultant advising his clients across the country on administration, collection, fund-development, and programmatic stewardship.