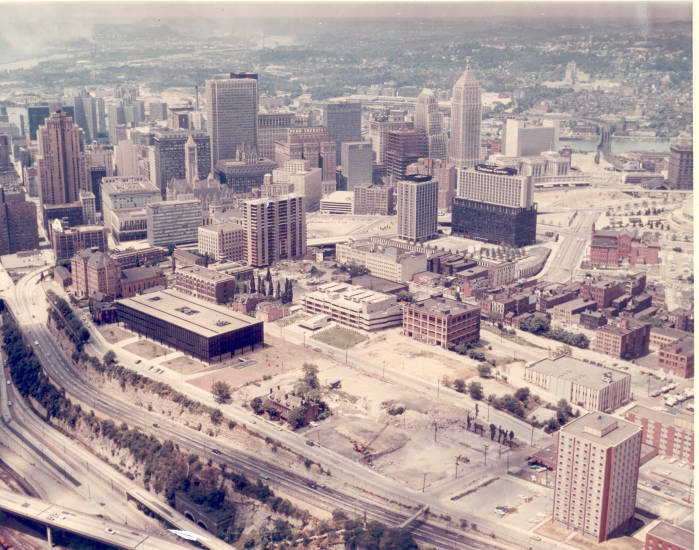 More on the "Duquesne Duke"

About the "Duquesne Duke"

The "Duquesne Duke" entered circulation in 1925 and ran until 1942, when World War II forced it to take a four year intermission. The "Duke" was published again in 1949 and has been running uninterrupted since then. First published by the School of Accounts, Finance, and Commerce under the supervision of the Student Council, it was more news-oriented than its predecessors, adopting a classic columnar format and broader subject matter. Now journalistic in nature, the publication stopped printing student essays and creative works. It was more attentive to happenings in broader Pittsburgh and in other universities and even developed its own crossword puzzles for inclusion on the back page. It was published twice a week as opposed to monthly, and a year-long subscription rose from $1.00 to $1.50.

The "Duke" picked up where it left off in 1949, continuing to expand from its initial two-page spread as the University grew. It chronicled some of the most critical moments in U.S. history, from the fall of the Berlin Wal and the Watergate hearings to the rise of Apple and Google, as well as the changes the University underwent. It is notably a log of the University's physical expansion, detailing the spread of academic buildings across the Bluff.

The "Historic Duquesne Duke" collection houses scans of the "Duke" through April 2010. All issues after that date are available on the "Duquesne Duke's" modern website, which is linked to the left. 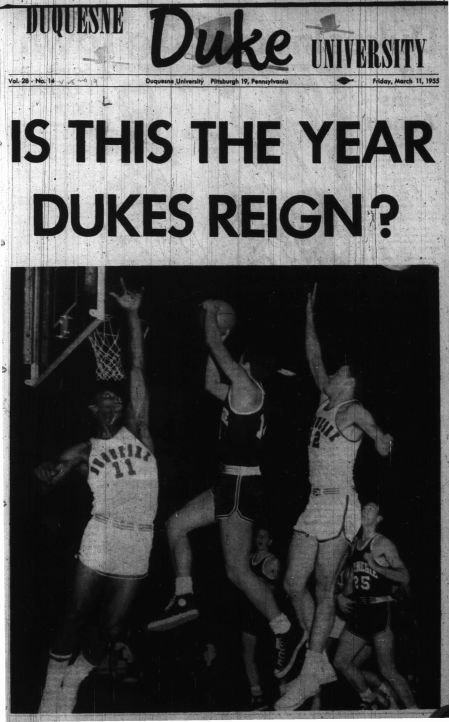 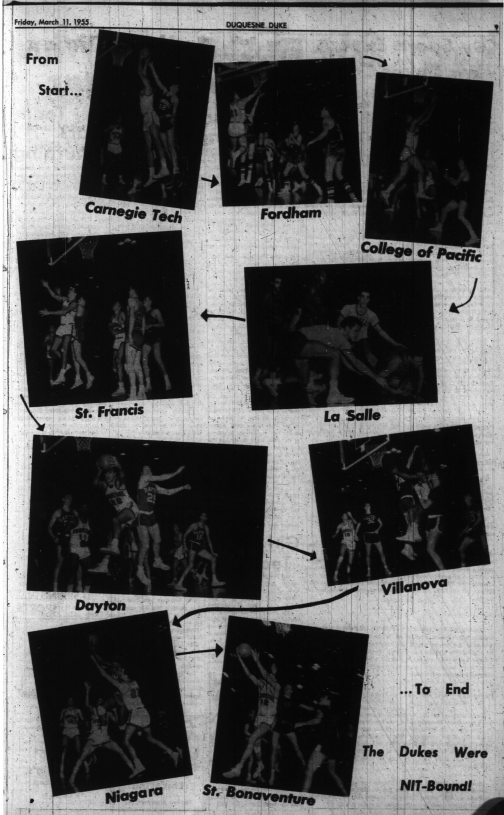 Coverage of Duquesne's Men's Basketball Team in 1955, just before their victory at the National Invitation Tournament (vol. 28, no. 14).