Celebrating 50 Years of Publishing By a Great American Author

Background image above is a detail from a photo of the 76 Hamilton trolley, which served Homewood. Photo by David Wilson, 1968. CC BY 2.0. Wikimedia Commons

One from the New York Times 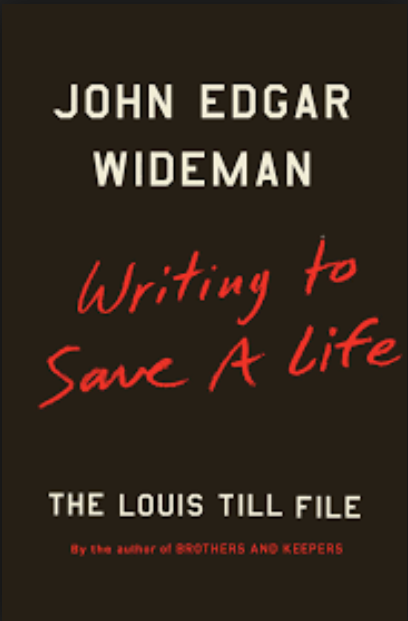 An award–winning writer traces the life of the father of iconic Civil Rights martyr Emmett Till—a man who was executed by the Army ten years before Emmett’s murder. An evocative and personal exploration of individual and collective memory in America by one of the most formidable Black intellectuals of our time.

In 1955, Emmett Till, aged fourteen, traveled from his home in Chicago to visit family in Mississippi. Several weeks later he returned, dead; allegedly he whistled at a white woman. His mother, Mamie, wanted the world to see what had been done to her son. She chose to leave his casket open. Images of her brutalized boy were published widely. While Emmett’s story is known, there’s a dark side note that’s rarely mentioned. Ten years earlier, Emmett’s father was executed by the Army for rape and murder.

In Writing to Save a Life, John Edgar Wideman searches for Louis Till, a silent victim of American injustice. Wideman's personal interaction with the story began when he learned of Emmett’s murder in 1955; Wideman was also fourteen years old. After reading decades later about Louis’s execution, he couldn’t escape the twin tragedies of father and son, and tells their stories together for the first time. Author of the award-winning Brothers and Keepers, Wideman brings extraordinary insight and a haunting intimacy to this devastating story.

An amalgam of research, memoir, and imagination, Writing to Save a Life is completely original in its delivery—an engaging and enlightening conversation between generations, the living and the dead, fathers and sons. Wideman turns seventy-five this year, and he brings the force of his substantial intellect and experience to this beautiful, stirring book, his first nonfiction in fifteen years.

“In his long awaited new book, Writing to Save a Life, John Edgar Wideman tells the largely forgotten story of Louis Till, a man of color who suffered a miscarriage of racial justice a full decade before the infamous lynching of his son Emmett. Wideman pens a powerful blend of fact and fiction, riffing on concerns and themes that he has explored for a half century now in his highly distinguished body of prose. These pages represent a wise and wonderful achievement, both timely and timeless.”  —Jeffery Renard Allen, author of the novels Song of the Shank and Rails Under My Back

"John Edgar Wideman’s Writing to Save a Life: The Louis Till File excavates the forgotten prequel to a brutal chapter in the ongoing history of American racial injustice. Wideman examines a particular narrative—the way a father’s death was exhumed to justify his son’s murderers going free—in order to question the terms of narrative itself, refusing to mistake silence for significance, absence for presence, or history for truth. I read this provocative and surprising book in the wake of the murders of Alton Sterling and Philando Castile, and it felt utterly essential. I was grateful for Wideman’s nimble intellect, his commitment to nuance, and his insistence that we pay attention to the brutalities perpetrated under the guise of justice." —Leslie Jamison, author of The Empathy Exams

“Unclassifiable and harrowing. The path through ‘the very specific American darkness that disconnects colored fathers from sons’ is found and lost and found again through prose that jumps and shimmers, punches and croons. This is one of those books virtually impossible to write…yet it has been written. And by a great American writer.”  —Joy Williams, author of Ninety-Nine Stories of God and The Visiting Privilege

"Writing to Save a Life is a mercurial coupling of fact and fiction from a profound writer.  Wideman's conceit is that to grasp fully the lives and deaths of Emmett, Mamie and Louis Till—son, mother, father—one medium of human understanding is simply not adequate.  It is a rare and stirring document." —Richard Ford

All of the text above is from Amazon.com

From Mother Jones: "Was Emmett Till's Father Lynched Too?" by Michael Mechanic

From the Pittsburgh Post-Gazette: "Emmett and Louis Till haunt John Edgar Wideman in 'Writing to Save a Life: The Louis Till File'" by Norman Conti

This book is available at the Gumberg Library

Or buy it from Amazon.com