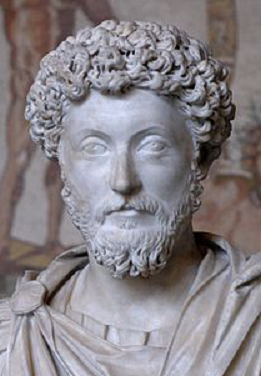 Click on the title of a database to search it. If you want to access these databases off-campus you will need to enter your Multipass username and password. To learn how to tell if full text is available, click here.

Welcome to this research guide designed to introduce students to the school of philosophy known as Stoicism.  According to the Dictionary of Philosophy, Stoicism is:

"A philosophy named after the Stoa Poikile, a hall in Athens where it was first promulgated around 300  BC by Zeno of Citium. Stoicism, especially in its definitive formulation by Chryssipus (280-207 BC), was rigorously systematic. Its logic, ethics, and physics were united by a pervasive concept, deriving ultimately from Heraclitus, of logos. For the Stoics, the principles of rational discourse studied in logic reflect the processes of cosmic Reason studied by natural philosophy (Nature and Reason - like Fate, Providence, and God - all refer in fact to the same agency), while a 'life consistent with Nature' and with Reason is the goal of human existence."

For good introductory articles on the Stoics, click the links directly below:

Stoicism (from Internet Encyclopedia of Philosophy)

Stoicism (from Stanford Encyclopedia of Philosophy)

Click on a link below to search for all items available in the Gumberg Library under that heading.

To use these databases off-campus you will need to enter your Multipass username and password.