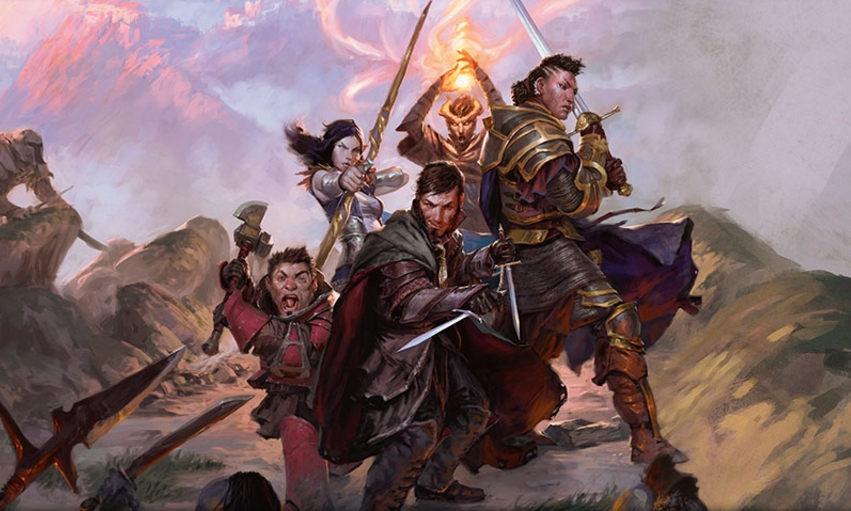 The two main building blocks of your character are race and class. There are a number of humanoid races who inhabit the various worlds of Dungeons & Dragons. These include dwarves, elves, gnomes, half-elves, humans, and many others. Each race has particular strengths. For example, if you choose to play as a genasi, your character will get +2 to your constitution, which helps you resist exhaustion, disease, and other maladies. You can find a full list of races here at D&D Beyond.

Similarly, the class you choose for your character can give them extra strengths. For example, a bard has extra charisma, which can come in handy if you want to persuade someone to help you. Some of the available classes are bard, cleric, druid, ranger, rogue, and sorcerer, among others. You can find a full list of classes here at D&D Beyond. Geek & Sundry has thorough resources on building a character of each class.

You'll want to explore all the options before you decide what kind of character you want to create. D&D Beyond has a great resource for building a character for the first time that will walk you through the process.

Once you've decided on the basics for your character, it's time to craft a personality. A way to start doing that is to by choosing an alignment. Typical alignments range from lawful good to chaotic evil. The chart below from The Noobist explains the concepts. Choosing one is a good jumping-off point for knowing how your character will react to situations. 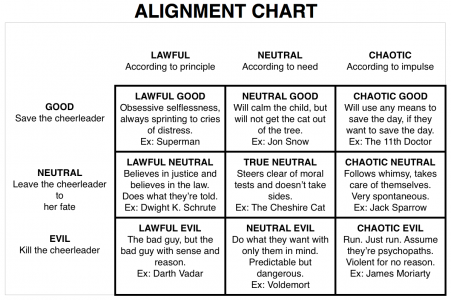 Once you've chosen an alignment, you can start building the rest of your character's personality. A few categories to think about are: traits, ideals, bonds, and flaws. Specific traits can be about your likes or dislikes, your accomplishments, your fears, and things of that nature. Your ideals refer to the principles that drive your character.

Maybe you're curious about the available abilities and what they mean. Every character has scores in strength, dexterity, constitution, intelligence, wisdom, and charisma. Here's a short chart to explain each of the concepts and how a high or low score in each category would affect your character. 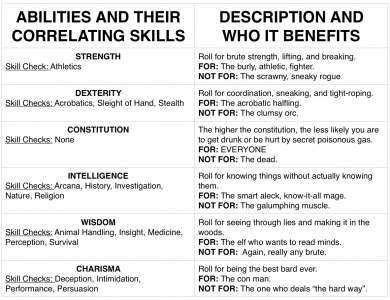 Find out more about creating a personality at D&D Beyond. This page has pre-generated charts that will let you roll a die to choose characteristics. Here's an example of one for personality traits. To use it, roll an 8-sided die. Whichever number you roll aligns to your new trait! 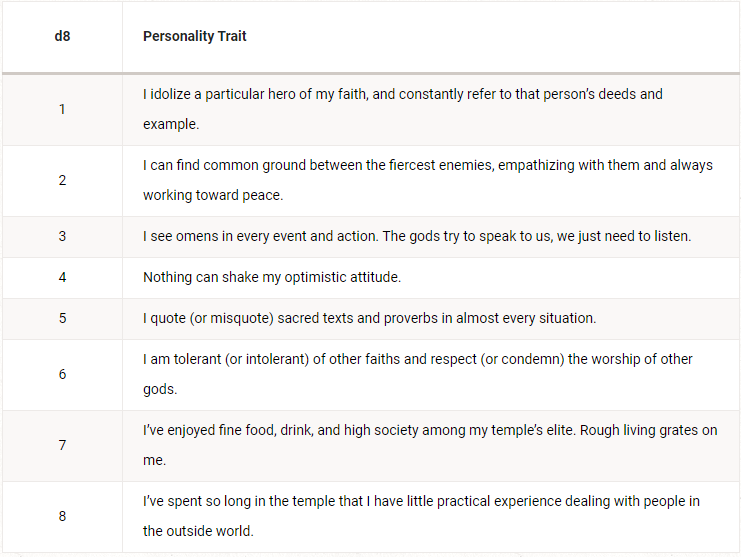 A character's back story also influences their personality. Starting with where and how your character grew up can help determine who they are today and what motivates them. Think about why your character chose to be whatever class they chose, or maybe they were somehow forced into becoming a rogue or a fighter. Do they have any secrets that can come back to haunt them? Why are they an adventurer now? If you need some help getting started, take a look at this D&D character backstory template from Arcane Eye.