An Introduction to Role-Playing Games 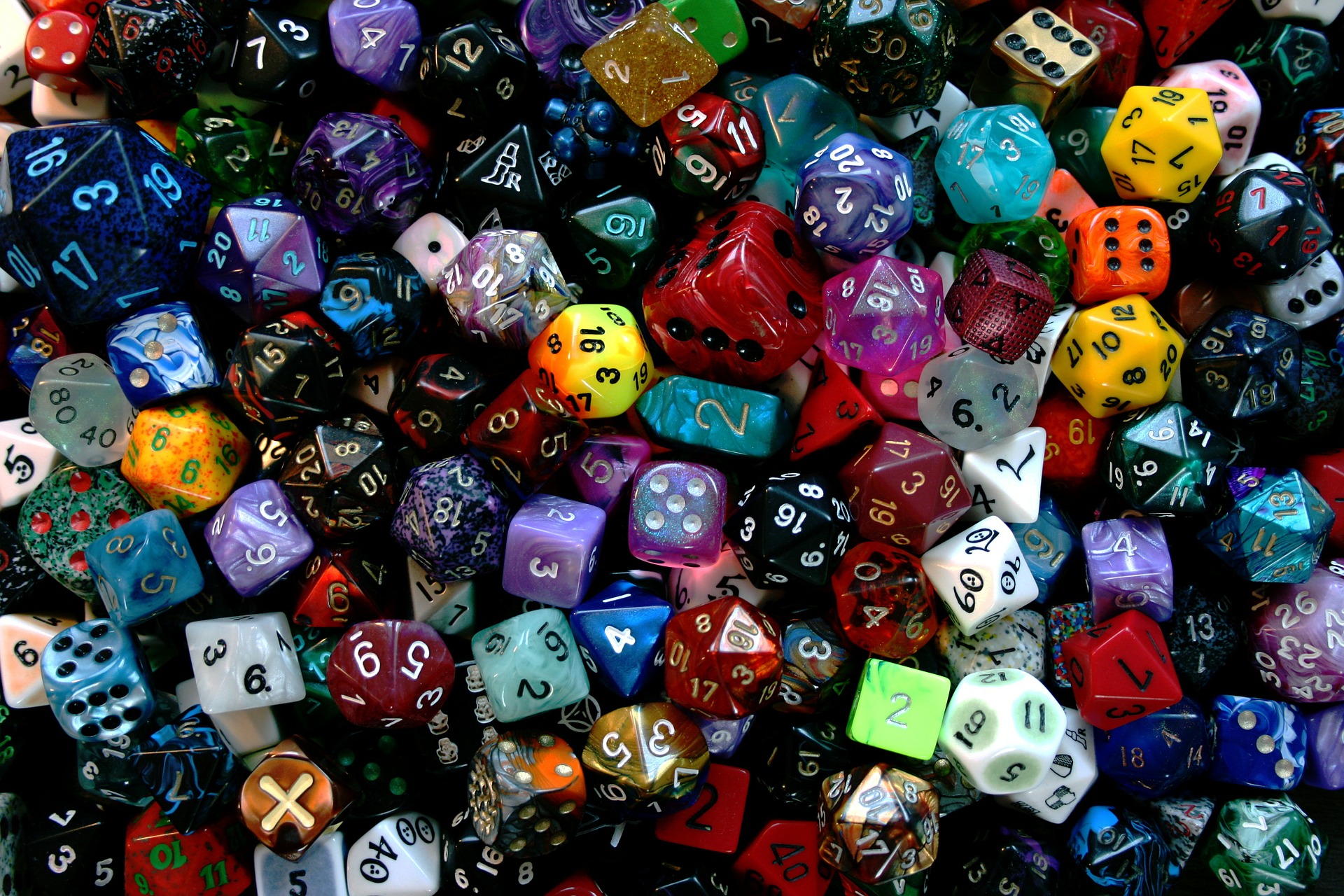 Curious about tabletop role-playing games, also known as RPGs, but not sure where to start? This guide will get you started on the basics!

Find out more about some of the popular RPG game systems below. Plus check out the further resources available through the library and how to find resources in your own community. Then use the other pages of this guide to tackle the basic rules of RPGs and a step-by-step on building a character.

When you've gone through this guide, be sure to check out the Gumberg Library of Things, which has the D&D Starter Set available for check-out! It comes with 5 pre-generated character sheets, 6-game dice, a rule book and a ready-to-go adventure called The Lost Mine of Phandelver.

What is an RPG?

In tabletop role-playing games, one player acts as the Game Manager, or GM, and leads the other players through the games. The rest of the players create one character each and play as that character. The GM describes the world to the players, usually based on RPG books like those available for Dungeons & Dragons or Pathfinder. The players then cooperate to make decisions, fight battles, and accomplish goals while the GM enforces the game roles. Actions often succeed or fail based on dice rolls and character scores.

The world of tabletop RPGs is limitless. Here are some suggestions of systems to help you get started. Once you have a grasp of basic rules, have fun and try your hand at creating your own world!

Dungeons & Dragons is possibly the most well-known RPG system. It was designed by Gary Gygax and Dave Arneson in 1974. Part of D&D's appeal comes from the versatiliy in both setting and character design. Gumberg's Library of Things features a Dungeons & Dragons Starter Set. If you're interested in playing, be sure to stop by and check it out for a week.

For our purposes, because it's a popular game and the starter set is available through the Library of Things, a lot of what we'll talk about on this page will refer to D&D.

“Warhammer 40,000 is a tabletop game of dark, futuristic warfare that sees carnage erupt in a spectacular scale. Whether playing narrative battles with friends or leading your forces to victory in gaming tournaments, you’ll find that every tabletop battle you play is unique, exciting, and tells its own tales of havoc, horror, and heroism.” Dive into the 41st millennium on their website.

If you're not interested in traditional fantasy or science-fiction settings, you might want to look at Call of Cthulu. First published in 1981, it takes inspiration from H. P. Lovecraft's story of the same name. Set in the 1920s, the game makes robust use of Lovecraft's weird world and monsters. Buy a starter set or a PDF of the basic rules on the Chaosium website.

With the popularity of both RPGs and Star Wars, it's no wonder they joined forces. There are multiple game systems within the Star Wars universe. You can experience the Rebellion against the Empire, live on the Edge of the Galaxy, or find out if you have what it takes to be a Jedi Knight. Get started with the beginner set to see if you like the system before hopping into new adventures from Fantasy Flight Games.

One of the wonderful things about RPGs is you get to play with a group of your friends. However, sometimes it's hard to get a group together for regular games. In that case, here are some resources to help you connect with other RPG players.