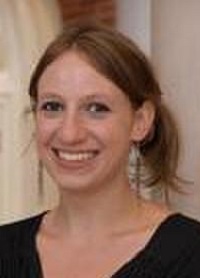 Melody has worked in Gumberg's Teaching & Learning department since 2018.

Having earned her undergraduate degree in Communication from Grove City College, and her Master's in Library and Information Science from the University of Pittsburgh, Melody takes passionate interest in open education and leveraging technology to communicate and share more effectively. Although she's a Pittsburgh native, her heart is in San Francisco and Ireland.

Some of Melody's Favorites