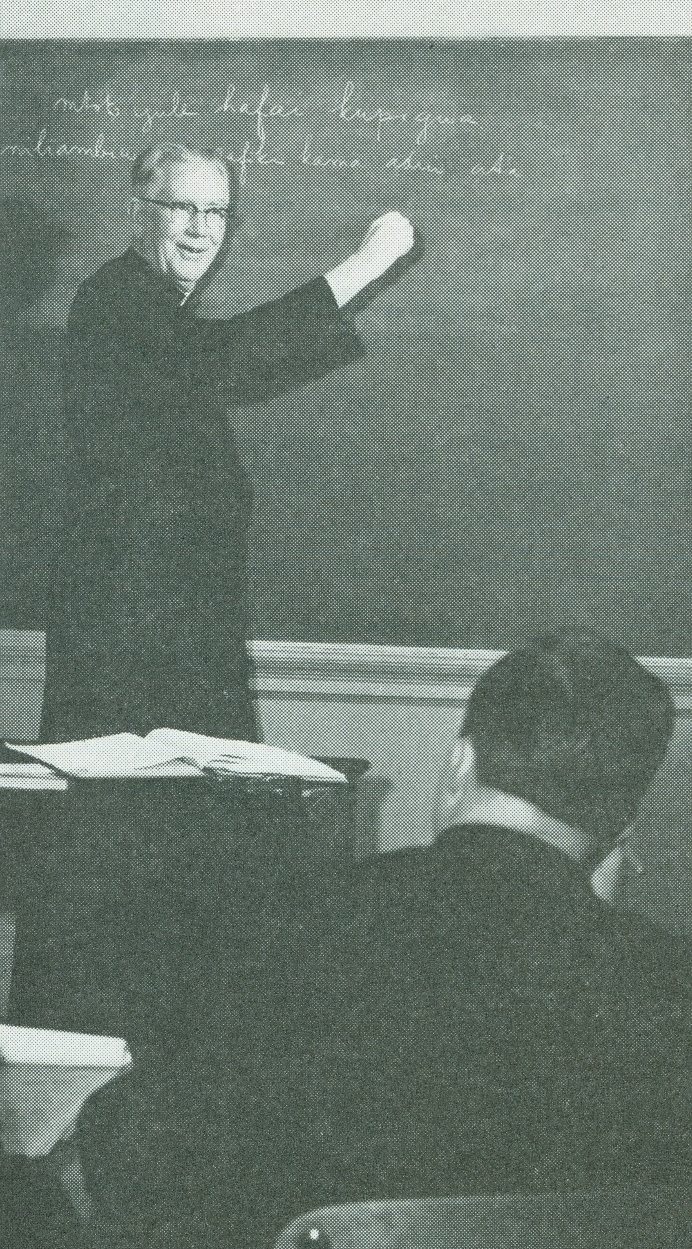 Born in 1897 in the Netherlands, Alfons Loogman was a Spiritan priest who became an expert in Swahili. He was a missionary, writer, painter, and teacher. He studied at the Jesuit College of St. Ignatius in Amsterdam, and at the Collegium Maximum at Louvain. After joining the Congegation of the Holy Spirit, he was sent in 1922 to Africa. He spent 11 years as the pastor at the Spiritan mission in Mombasa, Kenya. Loogman was the founder of the first Catholic newspaper in Swahili, and he was the founder of a new parish in Makupa, building a church there. It was during his time at Makupa that he discovered his gift for languages and became expert in Swahili. In 1937, he was given the task of organizing a seminary in Morogoro, Tanganyika, where he taught until 1956. Due to sickness, in 1959 Fr. Loogman was forced to leave Africa. He came to Duquesne University, where he taught Swahili for the University’s African Institute. It was while at Duquesne that he wrote his most important work, a grammar of Swahili. A prolific author, he also wrote many works to assist those studying Swahili, as well as translating the New Testament and The Imitation of Christ into that language. Due to health reasons he was forced to resign his position at Duquesne. He died in 1964 at the age of 67 while on a visit to the Netherlands.

To honor Fr. Loogman, the Center for African Studies offers the Loogman Grants for Duquesne faculty who are interested in pursuing research interests in Africa. Click here to learn more.

This information on Fr. Loogman was taken from article written by Fr. Daniel Hagenaars, published in Cor Unum, April 1965, pp. 19-21.